It’s been over 20 years since the 700R4 made it into a production vehicle.  While they have been fairly reliable over the years, we have written this guide specifically to help with troubleshooting your 700R4 transmission.

When it comes to doing any sort of troubleshooting on a vehicle I think it is incredibly important to work from a most likely to least likely philosophy, but also weighing it against how difficult something is to get to and cost.  So let’s get into some common problems that the 700R4 may have.

The 700R4 and 2004R were the first GM automatic transmission to come from the factory with a locking torque converter.  This allowed for a true 1:1 connection between the engine and rear wheels at high speed, which increased fuel economy.  If you feel that the engine seems like it is turning faster than it should be while going down the highway, than you could have an issue with torque converter refusing to lock up

Common causes:
It is caused by a switch under the brake pedal. You’ll find a couple of different wiring situations down there.  The first one that there is a combined switch down there that controls the cruise control, brake lights, and lockup converter.

The switch will be hot unless you press the pedal in, which is the exact opposite of how a brake light switch works, so it’ll do you no good to try and splice into your brake pedal wiring to fix this.  This is so if it goes out the torque converter doesn’t stay locked up, which would be way bigger of a problem.

If there is more than one switch down there, than you’ll want to either google your make and model and figure out which one it is.  Or, you can unplug one and see when if your brake lights still work.  If the lights still work than you know you’ve found your switch.

Most of the time the cruise control switch will do double duty with the torque converter lockup switch, so using process of elimination above that should get you to the part you need.

Now you may  want to make sure that the circuit is getting voltage.  You can do that with a test light.  If it’s not, you’ll need to make sure that you have checked that the fuse hasn’t gone out, or you’ve singed a wire.  This can often happen after you’ve installed an aftermarket stereo system.  All of these suggestions should cost you less than twenty bucks, and more than likely will be able to fix this problem. 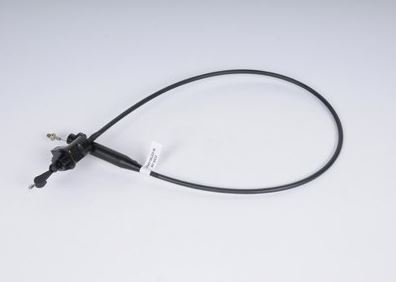 Here is a good video on how to install and adjust a TV Cable:

The 700R4 uses both a traditional mechanical speedometer cable, like you might find in an older muscle car.  Alternatively, they also used a variable speed sensor.  This sensor is often abbreviated “VSS”.

The first thing you’ll need to know is which type of speed sensor you have.  If you can safely get under the car and take a look around the tail-shaft.  If the cable coming out of it is thick with a big circle that screws into it, you have a mechanical speedometer.

If there is a wiring harness that plugs into something back there, you have a VSS.  You’ll need to determine if the wiring is getting voltage.  If it is you’ll need to replace the VSS on the tail shaft, or the speedometer itself.  Of course, you could get lucky and it’ll just be a wiring issue.

Here is a whole post on low transmission fluid that may help.

If your 700r4 is having a problem with harsh vibration going down the road, it’s more than likely loose torque converter bolts, or a driveshaft that needs balancing.

This is often a sign of a bad governor gear, or a TV cable that is not returning back when you let off of the throttle.  Here is a pretty good resource on this subject.  This is a pretty advanced problem for a shade tree mechanic and may be another one that you leave up to the professionals.

No matter what your level of confidence with your mechanical skills, there are many 700R4 transmission problems that you can fix all on your own.  Good luck and thanks for reading.