If you are trying to learn a bit more about how cars and trucks work, you may be wondering “what is a drivetrain?”.  To put it simply, the drivetrain has all of the components involved in transferring the power to the wheels once it leaves the engine.

Drivetrain, powertrain, and driveline are often used interchangeably.  But, they each have a specific meaning and definition. 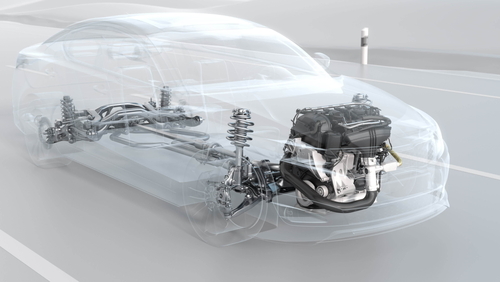 How Power Moves Through a Drivetrain

In this section, we will explain what a drivetrain is and what it does in as simple of terms as possible.  We do not touch on CVT transmission or electric cars, although they are becoming more prevalent every day.

Power is made through combustion in the engine.  The explosion of fuel in the combustion chambers pushes on the pistons and creates kinetic energy.

This energy is harnessed at the flywheel or flex plate depending on whether or not the vehicle in question has an automatic or manual gearbox.  Once the kinetic energy enters the transmission it has entered the drivetrain.

When the vehicle is standing still, the rotation of the engine will typically be reduced by a factor of three to four.  This means at the input of the transmission there would be four turns of the engine for 1 turn of output shaft.  Torque is multiplied by this factor too, that’s why cars accelerate faster at lower speed than higher speeds.

Modern transmissions use overdrive when cruising at higher speeds.  That gear is typically at .7 turns of the engine to one turn of the driveshaft.  This is great for fuel mileage.  Conversely, throttle response is going to suffer.

Once the energy is carried through the transmission, it is conveyed to the driveshaft.

Step 2: The Driveshaft or Axle Shafts

How the driveshaft is going to work from here is going to depend on if the vehicle in question is front or rear wheel drive.  In a front wheel drive vehicle, the engine and transmission are combined into something called the transaxle.

A transaxle is the combination of the transmission and axle into one unit.  When power leaves this unit, it’s ready to go straight to the wheels.  The axle shafts need to be able to compensate for suspension movement and steering.

The driveshafts job is simple.  It takes the power from the transmission to the rear end.

The driveshaft needs to be able to compensate for suspension travel and any differences in geometry between the transmission and rear axle.  It does this with something called universal joints that allow it to compensate. 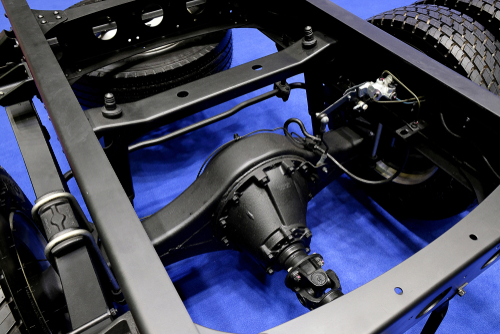 Once the kinetic energy has passed through the engine and the transmission, it is ready to make its way to the axle.  The axle takes the power from the driveshaft and transfers it to the rear wheels.

The rear differential makes sure that the wheels turn at the proper speed when going around a corner.  Otherwise one tire would always be peeling out, and traction would suffer.  Here’s how all of this works. 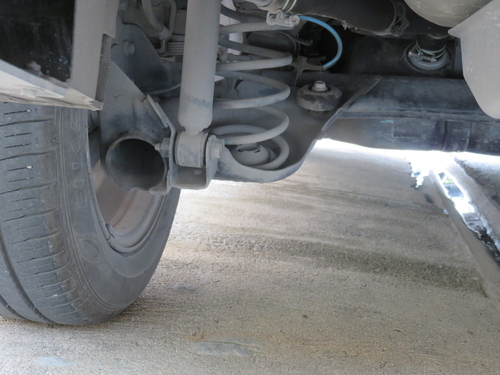 Once the power exits the axles and enters the wheels, the power from the engine can now finally move the vehicle.

Once power exits the engine, it will scrub some off due to drag coming from the drivetrain itself.  That’s why there are two different engine power ratings.

For the last 5 decades, new vehicles sold in the United States have been required to advertise the net horsepower figures, as opposed to the gross horsepower rating.  This change went into effect in 1971.

A rear wheel drive vehicle will have an engine and axle separated from one another and connected by the driveshaft.

On the other hand, a front wheel drive vehicle is going to have the axle and transmission combined into one unit known as the transaxle.

An all wheel drive vehicle is going to have a combination of both types of systems, where it’ll have a transaxle with axle shafts and a driveshaft that connects to the rear end of the vehicle.

Concluding:  What is a Drivetrain?

Hopefully this article helped you get a better understanding of what a drivetrain is.  We thank you for reading it and hope that you have a great day!