If you are trying to determine the differences between SOHC vs DOHC, they are relatively simple.  It refers to the number of camshafts in the engine’s head.  There’s either one or two per head.

An engine does not necessarily have to have an overhead cam.  Some automakers still make engines with pushrods, but it is becoming increasingly rare.

Today, most new vehicles come with either SOHC or DOHC.  If a vehicle has a V configuration engine and dual overhead cams, that means that it would have 4 camshafts.

There are benefits to both systems.  SOHC is going to be a simpler design, which means there is less to go wrong and it’ll likely be easier to repair.

DOHC on the other hand, is going to have a more complex design.  This allows more air and fuel to enter the combustion chamber, which can lead to better power and fuel economy.

What is SOHC?  What are the Benefits? 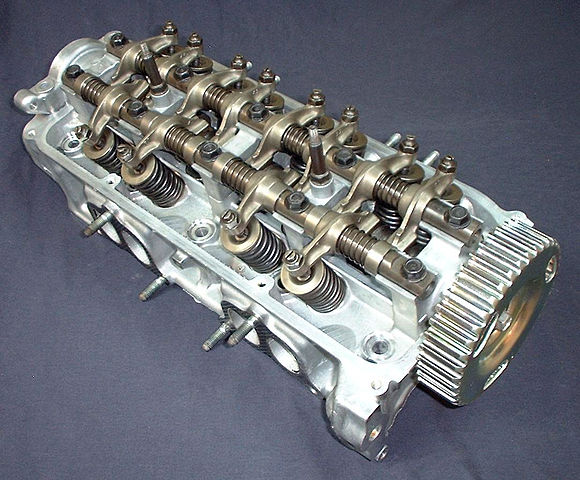 A single overhead camshaft (SOHC) is one of the more common types of motors in production today.  The engine will have either one camshaft if it is an inline engine, or it’ll have two camshafts if it is a “V” type engine.

Single overhead cam engines use a belt/timing chain that connects the crank to one sprocket per cylinder head.

Benefits of SOHC over DOHC 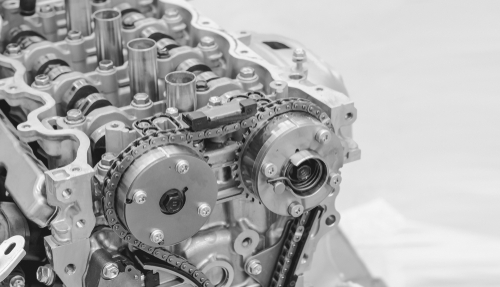 The dual overhead camshaft design allows for more valves per cylinder.  More valves means more power and more efficiency over the SOHC design.  Most auto manufacturers utilize DOHC to get their engines to run more efficiently.

A SOHC engine uses the same camshaft to control the intake and exhaust.  On a DOHC engine, a separate cam opens and closes the exhaust valves and intake valves respectively.

One of the first popular DOHC engines was the GM Quad-4.  This engine was a huge leap over the “iron duke” four cylinder that GM was putting out at the time.  The “iron duke” was a traditional pushrod inline four, while the Quad-4 had four valves per cylinder.

The Quad-4 put out up to 190 horsepower when the iron duke was struggling to hit 100.  This engine ushered in the modern era of engine design at GM and signaled that regular cars could be fast in the era of emissions control. 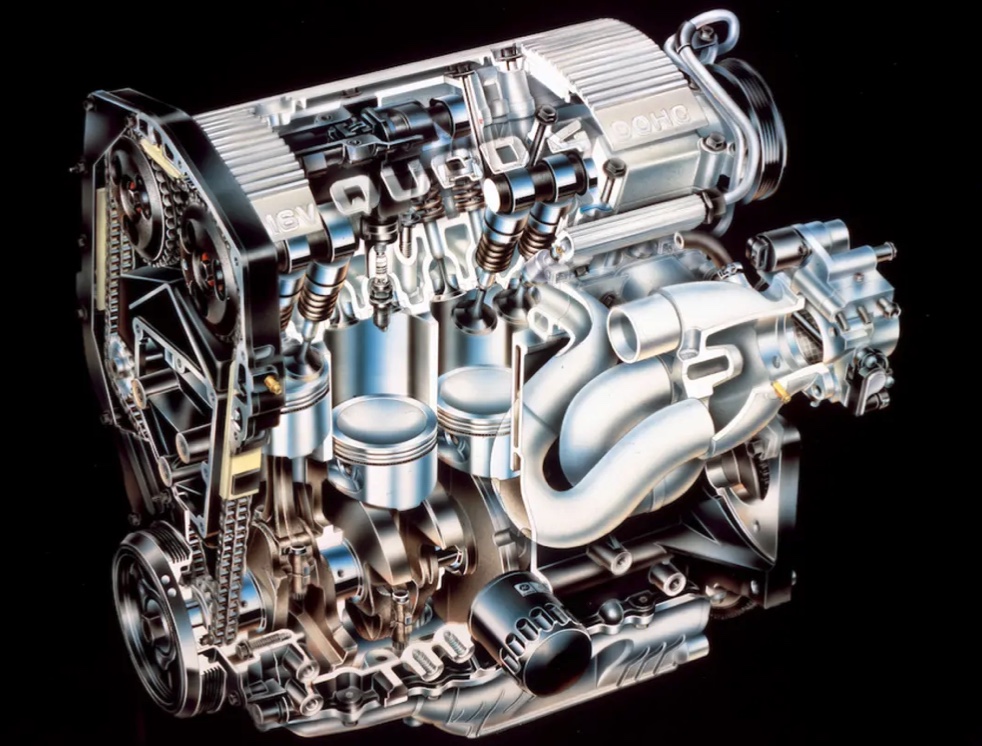 Advantages of DOHC vs SOHC

The only real disadvantage to the DOHC vs the SOHC is the complexity involved in a DOHC engine.  They can be tough to deal with when they break, as they are far more complex.

A DOHC engine can be more fuel efficient.  But, it can also make more power.  This means that a driver with a heavy foot has the potential to get less fuel economy from a DOHC engine than a SOHC motor.

What is an Overhead Camshaft?

Overhead camshafts really became popular in the 1980’s and were quite common by the nineties.  Traditional engines would place the camshaft inside of the block.  The camshaft would then push on lifters and pushrods that would push the rocker arms, which would open the valves. 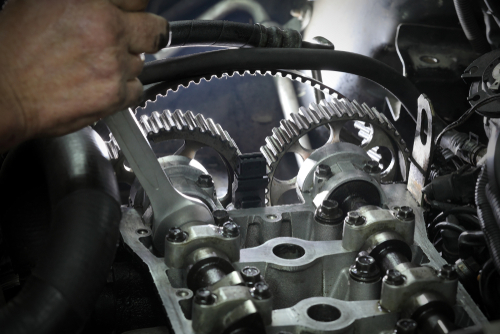 An engine with an overhead camshaft cuts out the pushrods, and moves the camshaft into the head. This has numerous benefits over a pushrod design:

The only real negative that comes with these engines is that they use a more elaborate timing belt or timing chain.  In the nineties and early 2000’s many  auto manufacturers (particularly the Japanese) would use a timing belt that needed servicing before the engine would get to 100,000 miles.  It wouldn’t get serviced and would either jump a tooth or fail entirely.

A broken timing belt could really do some damage to the engine.  Oddly enough, some manufacturers designed their overhead cam engines so that this would not do permanent damage (Toyota comes to mind), while others did not.

SOHC VS DOHC, Which one do you have?

It is relatively easy to identify whether or not you have a DOHC or SOHC engine.

If there are two sprockets for the timing chain to connect to on a head, that means that there are two camshafts and therefore, DOHC.

If there is only one sprocket on the head, that is SOHC.

If there is no timing cover on either side of the head, and not pulleys, that means that the engine that you are looking at is a cam in block engine.  For instance, GM’s popular LS series of V8 engines still use pushrods.

Most engines will say which one they are on the valve covers.

DOHC vs SOHC, Which is Better?

SOHC engines are without a doubt easier to repair and maintain.  Other than that, there is no real advantage to the SOHC design vs the DOHC design whatsoever.

Really, it’s going to come down to personal preference.  If you do all of your own wrenching, you may want to avoid a high mileage DOHC engine, as when they break, it can be a challenge to fix them.

Whatever you do, make sure that you honor the timing chain/belt maintenance schedule, that is the achilles heal of this design.

Twin cam is just another way of saying DOHC.  They both have two camshafts per head.