If you’ve been pondering the question, ‘what does 4matic mean?’ read on; this article will tell you everything you need to know.

You may have come across the term 4matic on your car or truck. Mercedes coined the word 4Matic to describe their four-wheel drive system. The technology used in creating 4matic is used on most modern Mercedes.  This just happens to be how Mercedes has chosen to brand it. 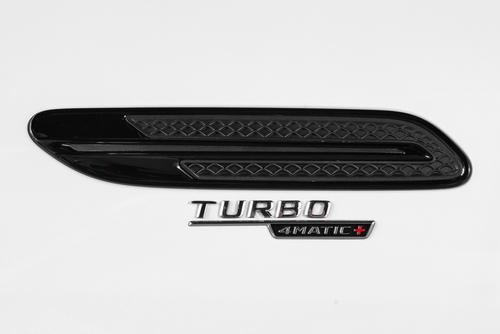 Luxury car manufacturers Mercedes use the word 4MATIC to describe their four-wheel-drive system. The 4matic technology is used on many of the Mercedes-Benz’s car models. It’s the name given to four-wheel drive or all-wheel drive cars manufactured by Mercedes.

How does 4matic work? 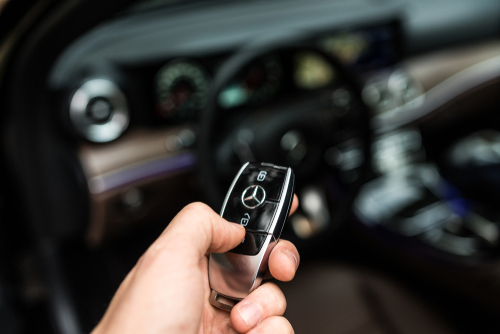 Mercedes have created high-tech 4MATIC technology that provides drivers with a sense of security. 4matic can apply power to wheels in situations that otherwise could become hazardous. If the car starts to slip or lose traction in icy conditions, the 4matic technology will kick in. The system will transfer the engine’s power to all four of the car’s wheels instead of to just the front two or back two wheels.

The 4MATIC system is very intelligent and is a high-tech safety feature that can work with other Mercedes-Benz safety features. It is able to adjust itself automatically and takes into account factors such as the road surface and weather conditions without needing any input from the driver.

4MATIC is a state of the art technology which works with Mercedes other safety features. It complements the Antilock Braking System (ASB), 4-wheel Electronic Traction System (4-ETS), and the Electronic Stability Program (ESP®).

The 4MATIC system is powered using either a seven or nine-speed automatic gearbox, depending on the vehicle model. The gearbox also powers the other safety features and manages each wheel on a Mercedes four-wheel-drive vehicle. 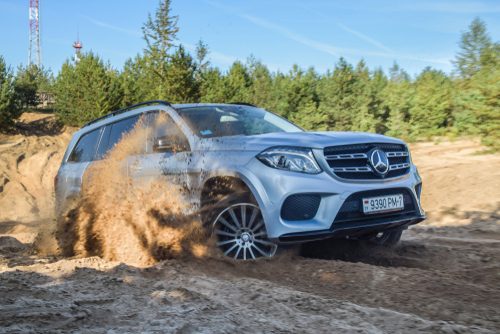 4MATIC is used in all-wheel and four-wheel drive cars and is a very useful safety feature. Many drivers have found that it enhances the stability of their vehicle. This allows drivers to feel safer while driving in harsh weather conditions such as ice, snow, and even rain. It reduces dangers that motorists may face and will mean less chance of getting stuck in adverse weather conditions.

4MATIC is always turned on in cars that use the system. It’s a permanent all-wheel-drive system that’s been applied to various models in the Mercedes range.

4matic is included with Mercedes SUV models, including the G-Class range. In many cars, the 4MATIC technology will be fitted as standard, while in other models, it will be available as an aftermarket purchase or will only be included in the top of the range versions.

4matic is a term used by Mercedes to describe their four-wheel drive and all-wheel-drive system. The technology used in creating 4matic is used on most modern Mercedes models. It’s a very effective safety feature that can help keep the car stable in hazardous weather conditions and can also be used in conjunction with other safety features.