You may have seen diesel fuel in a variety of colors. Diesel fuel is either clear or amber in color in its natural state.  What color is diesel fuel?  It really depends on what it is being used for.  Read on, in less than 3 minutes you’ll be a diesel color expert!

Some diesel has other colors added to them. Diesel is a very popular fuel worldwide, and it’s used in a variety of vehicles, including trucks and heavy machinery. It’s used in some cars as well as agriculture machinery, ships, and military vehicles. 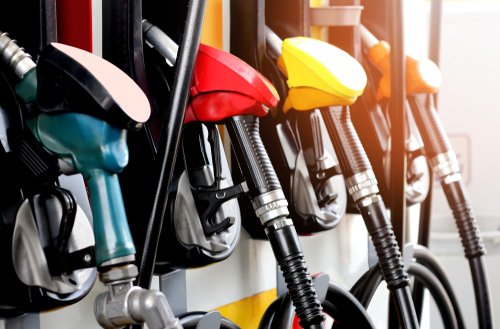 As mentioned above, the natural color of diesel is either clear or amber. The fuel will vary from a deep amber to an almost clear liquid with a slight amber tinge. The color is naturally created due to the sulfur content in the fuel, which causes oxidation.

Diesels that are natural and don’t contain dye will darken over time due to oxidation. This is particularly common if they haven’t been stored properly. Diesel that’s refined will contain less sulfur and is a lot lighter in color. Some natural diesels may even look like they have a slight pink, orange or green tinge. The color of diesel doesn’t make any difference to how effective it will be. 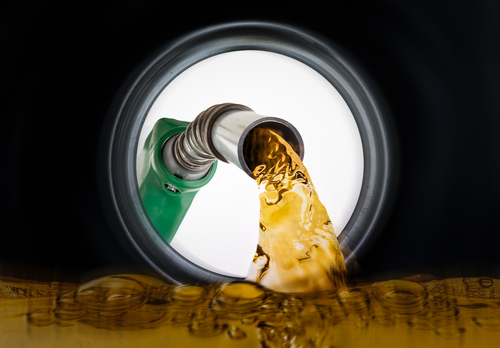 Throughout America, diesel has dye added to it to help differentiate it from other types of diesel. Red or blue dye is often added to diesel to show that it’s tax-free.

Diesel is also dyed to indicate that it’s authorized for use in a specific type of vehicles. Some types of diesel are dyed to prevent them from being used in unauthorized vehicles.

Diesel fuel can also be brown with a greenish tint. You’ll commonly see red diesel, which has been designed for use in tractors and agricultural machinery. Red diesel is generally cheaper, and for this reason, people use it in their cars. This isn’t its intended purpose, and you may find yourself with vehicle problems if you use red diesel.

In fact, diesels that have been colored red are prohibited by law to be used in cars. It’s only suitable for agricultural vehicles.

Another reason that dye is added to diesel is to make it easier to identify water contamination. Checking for water contamination would be difficult if all types of diesel were clear. Both the diesel and the water would look almost identical. Having an added dye make the water stand out and is easier to spot.

Biodiesel is generally a golden color but can also be dark brown. The exact shade will vary depending on how it was produced.

Biodiesel is made using either animal fats or a soybean or vegetable oil. It goes through a complex chemical process and has high production costs, making it less popular than regular diesel. 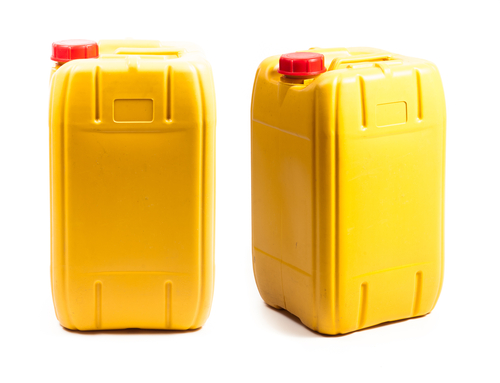 As you can see, diesel comes in various colors, and the color of can used to store fuels also come in different colors. This will help people to differentiate the types of fuel and is especially useful for people who want to store more than one fuel.

Let’s look at the different colored cans and the type of fuel that’s stored in each.

Yellow containers should only be used for storing diesel fluids. Don’t put any other type of fuel in a yellow container as this could result in it being used for an incorrect purpose, and you could end up damaging your vehicle or machinery.

Red Containers are used to store gasoline and other flammable liquids.

Conclusion:  Diesel Can Be Many Colors

As you can see, the color of diesel can vary from its natural state if dyes have been added. Coloring is added to diesel to help differentiate it from other fuels so that people don’t use it in the wrong type of vehicle. Red and blue dyes are also used to show that the diesel is tax-free.

As well as paying attention to the different colors of diesel you should also store fuels in the correct color of can. Yellow containers should only be used for storing diesel fluids.