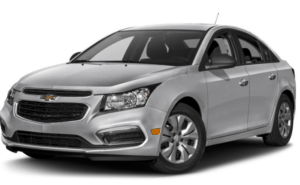 One of the most common trouble codes with the Chevy Cruze is the P0496 code.  This code number references a number that is given to you when you plug your Cruze into an OBDII scanner.

The P0496 code on a Chevy Cruze will often be accompanied by an erratic idle.  The engine will rev up and down trying to find the proper idle speed.  This will often happed right after you buy gas.  It also might not start at all at the gas station.

If you’re old enough to have driven a carbeurated vehicle the old stomp the gas and crank the engine method does actually help start the car.

P0496 is a OBDII trouble code.  The code technically stands for:

When the Chevy Cruze’s computer detects that the EVAP system is purging when it should not be, it will throw the P0496 code.

There are many things that can cause the P0496 trouble code on the Chevrolet Cruze.  The most common problem is far and away the first one listed below.

Vapor Canister Purge Valve–  The most common culprit with the P0496 trouble code and the Chevy Cruze is going to be the vapor canister purge valve.  When it goes bad, it typically causes issues with the vehicle’s idle speed.  This is especially true right after you fuel up the vehicle.

It’s really easy to replace, and not very expensive. There are a few clips that you need to find and remove.  Here’s a great YouTube video on diagnosing the problem, as well as how to replace the part.  It’s fantastic.

PCM–  It is possible that the engines computer system itself has gone bad and is registering a P0496 when it shouldn’t be.  But, this is definitely not where you want to start.

Wiring–  It is possible for shorts in the wiring harness leading to the Vapor Canister Purge Valve has gone bad.  Check it.

Fuel Cap–  A bad fuel cap can cause the P0496 code to be thrown for sure.  Often, you’ll get a message informing you that the fuel cap is off even when it is on.  If you are getting that message, plus a P0496 on your Chevy Cruze, it may save you a ton of time and money to replace the fuel cap and see if it goes away.

Fuel Tank Pressure Sensor–  If the fuel tank pressure sensor has gone bad, it can cause all sorts of problems, including the P0496 code.

Good luck figuring out what is wrong with your Cruze.  Hope this helps.