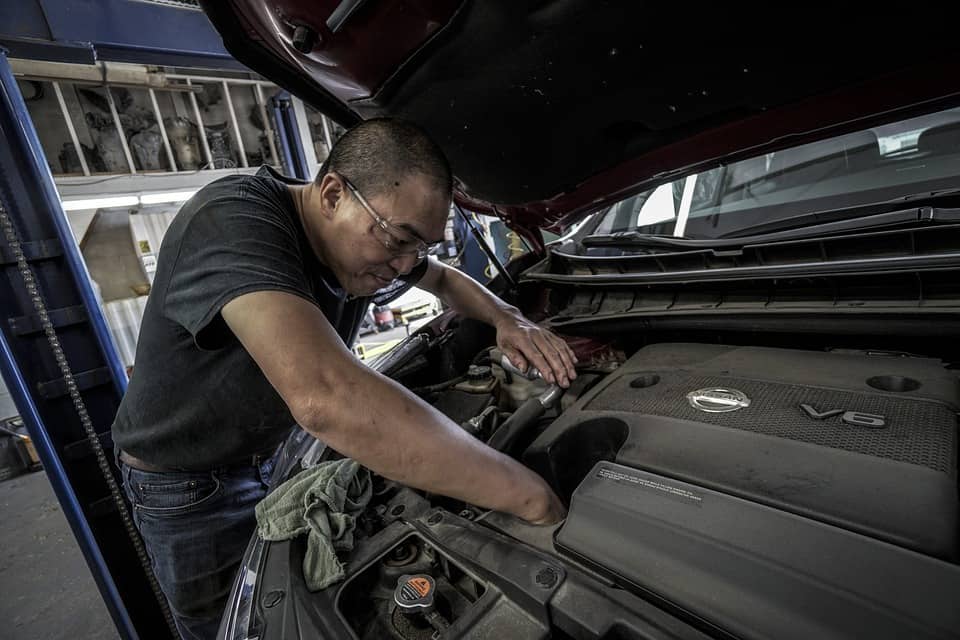 A sputtering engine can indicate a number of issues.  Most of those issues are serious.  Typically, a sputtering engine is going to be caused by bad fuel system, ignition system, MAF sensor, or bad catalytic converter.  There certainly can be other causes as well.

Before diving into our list of the most common reasons that an engine sputters, make sure to check for trouble codes if you have a check engine light on.  This can radically reduce the time it takes you to diagnose the problem.

If there is reason to believe that the ignition system has gone bad, take a look at the spark plugs first.  They can tell you a lot about what is going on with the engine.

The next item on the list would be the fuel system.  The fuel system starts with the fuel pump, which will be in the gas tank.  It sends fuel through the fuel lines and filter to your vehicle’s fuel injectors.

A bad catalytic converter will cause the engine to sputter.  They scrub the exhaust to remove pollutants.  When they go bad it causes all kinds of problems.  The two most obvious signs that one has gone bad will be engine sputtering and a rotten egg smell.

You’ll need to replace the catalytic converter if it is clogged.  The most common OBDII codes associated with this code are P0420 or P0430.

The mass airflow, or MAF, sensor checks the air volume and temperature as it enters the engine.  It’s one of the most important sensor that a vehicle has.  Just like the air filter that protects it, it can get dirty.  When it gets dirty it can’t read the air entering the engine properly and your engine will sputter.