When driving your car or truck, it’s important to listen to your senses.  They can tell you a lot about what is going on underneath the hood (or chassis).  People often think of hearing the problem or seeing the problem when diagnosing car problems.  But, there are plenty of vehicular problems that the nose is going to be able to detect best.

Your vehicle is filled with fluids.  From the sweet smell of antifreeze, to the dirty smell of oil, there is a lot you can find out by opening your nose.

Here are the most common smells that a car or truck can make.

The smell of rotten eggs is one of the most common smells that a car or truck will make.  It can describe a few things.  But, this smell is most associated with a failing catalytic converter.

The catalytic converter goes in between your engine and the tailpipe of the vehicle.  It scrubs out the majority of the pollutants that your engine makes.

There are oxygen sensors on each end of the catalytic converter.  They are known as the “upstream” and “downstream” converters.  They measure the oxygen content before and after the exhaust has entered the converter.  This allow your vehicles ECM to check that the converter is working.

Usually this loss of performance will feel like the vehicle just runs out of go at a certain speed.  It’ll still rev fine in neutral, but when you really need the power, it just won’t be there.

Keep an eye on your temperature gauge if you smell rotten eggs.  An overheating engine can smell a bit like rotten eggs.  It can smell like a lot of things.  It really depends on what fluids are on and around it that get hotter than they normally would.  When these fluids (oil, antifreeze, power steering fluid, etc) get hot, they can cause the smell of rotting eggs.

If you have a manual vehicle, a burnt clutch can have a very strong smell of eggs.  It’s the smell of the clutch disk burning up.  A clutch that is at the end of its service life will begin slipping when it is being asked to move a lot of force from the engine to the transmission.  When this happens, the RPM’s rise like you’ve released the clutch momentarily and it creates the smell of rotten eggs.

The smell of burnt oil indicates that engine oil has made its way out of the crankcase and leaked onto the exhaust.  Four out of five times this means that the oil has slipped past the valve covers onto the exhaust manifolds.

The good news with burning oil is that it is not very difficult to find it.  You just have to poke around the hot engine until you do.  Just be aware that the exhaust can burn you and the fan can come on at any time, even if the engine is off. 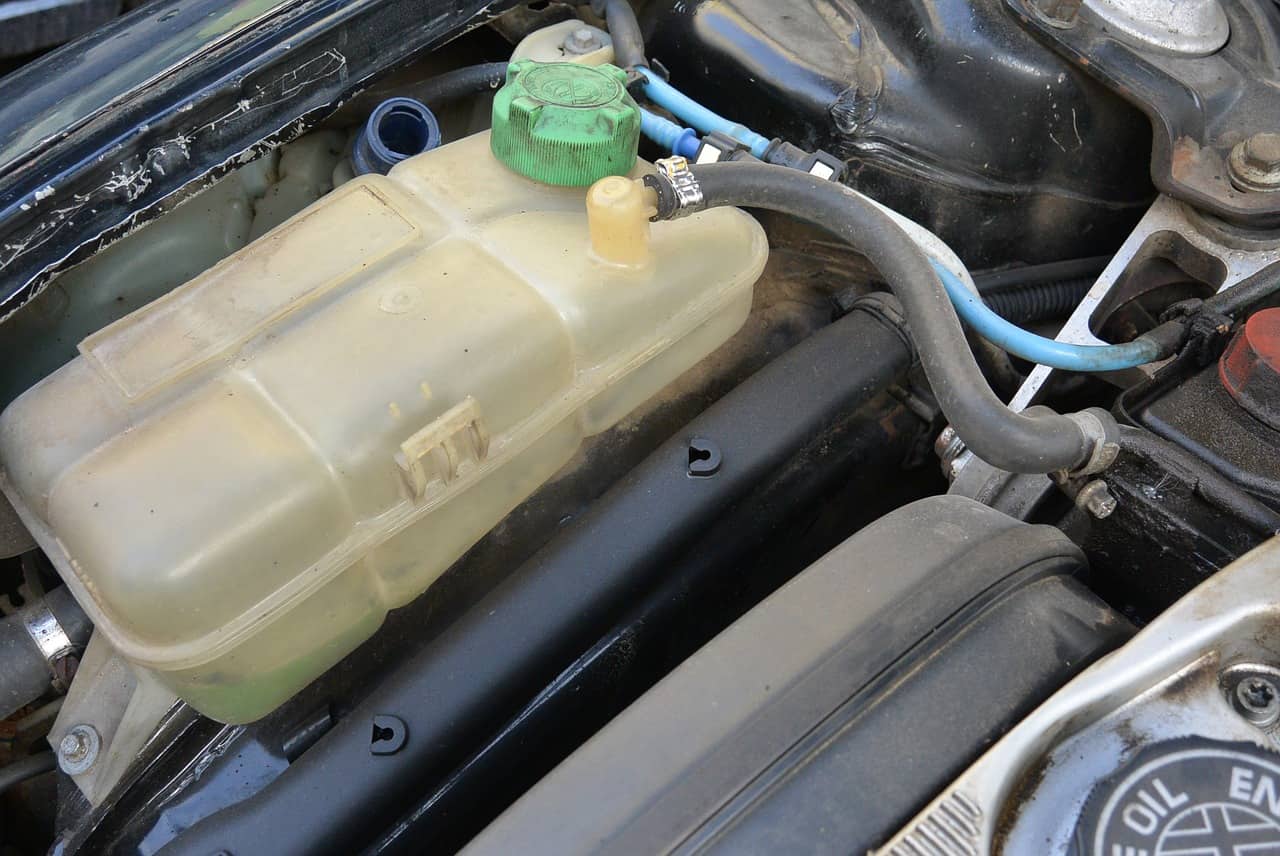 Sweet smell is mostly associated with the ethylene glycol found in anti-freeze.  The real challenge is finding where the smell is coming from.

The first thing that you need to do is check the engine coolant overflow canister.  Make sure that it is filled to the proper level.  If it is low or empty, that would confirm that you have coolant leaking from somewhere.

Make sure to keep it filled all the way up.  Try not to drive it with a leak if you can help it.  The leak can get worse, which can cause you to overheat, which could cause a cracked head or a blown head gasket.

Your vehicles heater core is a miniature radiator placed under the dash.  Coolant runs to it from the engine.  The blower motor blows air over the heater core, which warms the cabin up. 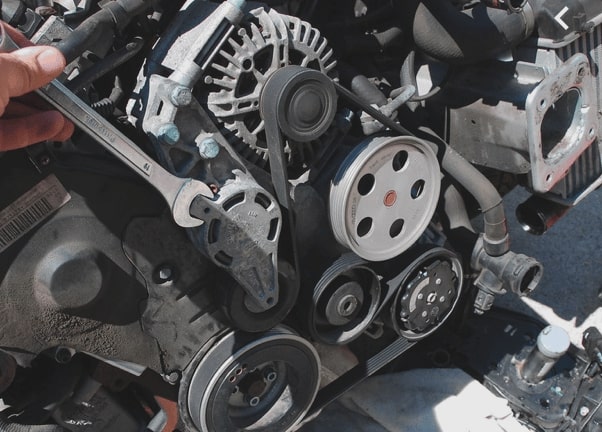 The smell of burning rubber can mean a number of things.  Usually, it’s a bad serpentine belt.

Modern vehicles have serpentine belts that turn more than one engine accessory.  When they go bad, they’ll begin to slip.  A byproduct of this slipping is a loud noise, it sounds like a screeching sound, and the smell of burnt rubber.

Take a look at all of the hoses, belts, and wiring harness.  Is any of it touching the engine or exhaust?  That can be a sure fire way to get a rubber smell.  Every harness and hose has a connector that keeps it from touching something that it should not.  Make sure that nothing broke that is allowing these parts to move. 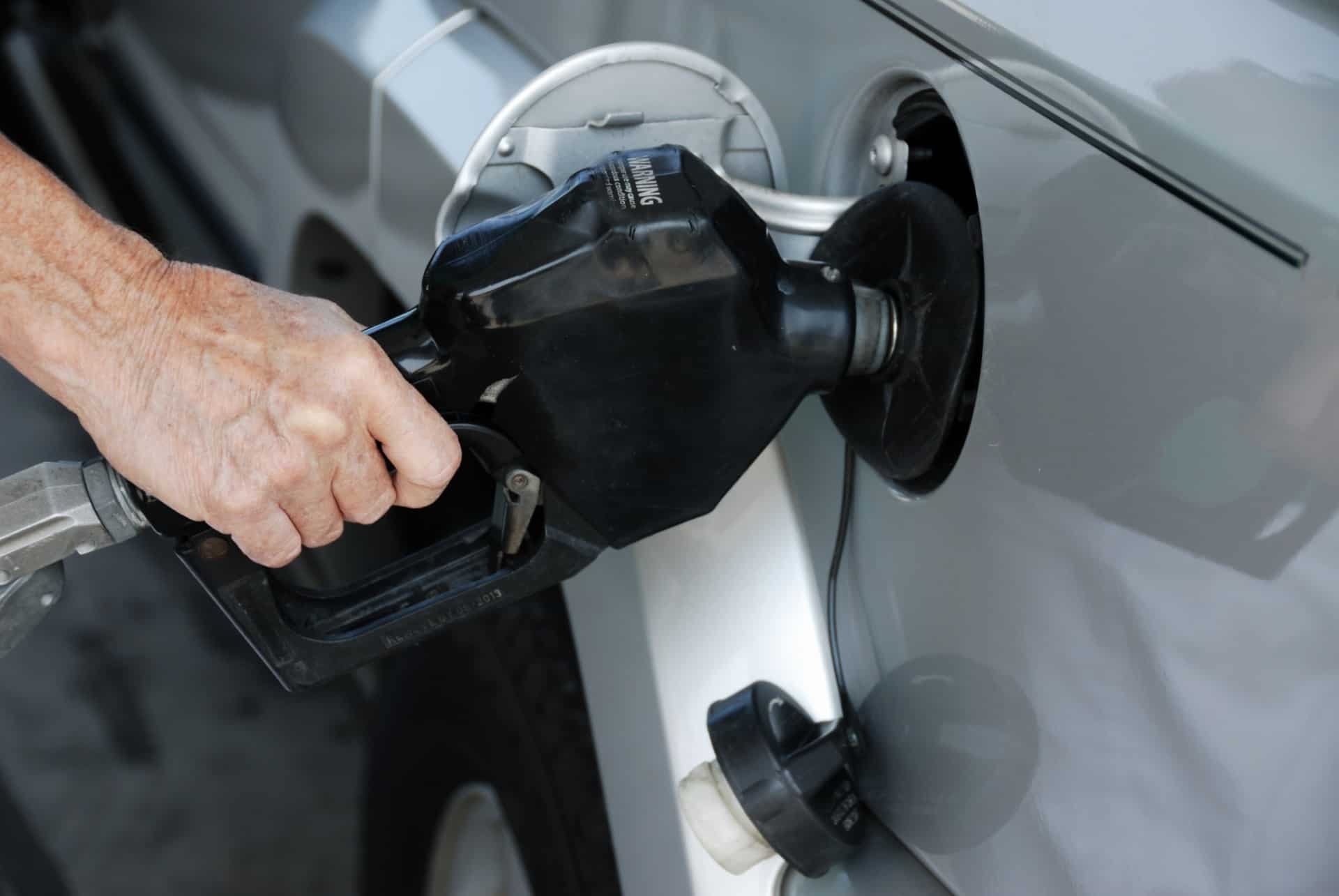 The smell of gasoline can come from a number of issues.  Some of them are pretty serious.

If you are one of those people who likes to try and squeeze an extra half gallon into the fuel tank, you need to stop.  It’s bad for the vehicle, and can lead to a fuel smell until you can burn through the extra gas.

The evaporative emissions control system is designed to take the fuel vapor from the gas tank and cycle it back through to the engine.  When the EVAP system is leaking, the gas vapor can escape creating a slight smell of fuel.

Most of the time, an EVAP leak is going to be accompanied by the check engine light.  If yours happens to be on, check and see if there is an EVAP code.

A bad fuel cap will cause fuel vapor to escape into the air.  This can cause the smell of gas.

While the odds of a modern vehicle developing a fuel leak are small, it can still happen.

If you have reason to believe that there is a fuel leak in your vehicle  Don’t drive it anywhere.  It can literally blow up. 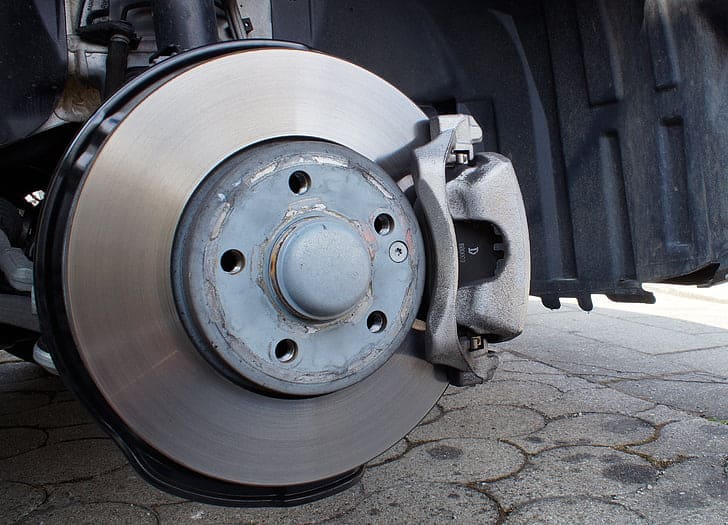 Burning carpet is most likely to be caused by brakes that are dragging.  The smell of brakes burning is sometimes identified as rotten eggs.  It just depends on who’s sniffing, and what the brake pads are made of.  Is the parking brake fully releasing?

Take a walk around the car if you are smelling this.  You will often see one of the wheels smoking.  That’s the brake cooking.  Dragging brakes can often be caused by a crimped brake line, a stuck caliper, or bad wheel cylinder.

A musty smell is caused by a mold and mildew in your car’s A/C evaporator, it can be caused by a water leak.

A bad evaporator will be most apparent when you turn the air conditioner on.  If this is the case, you’ll have to have the system cleaned.

This happens a lot to older cars with sunroofs or convertibles.  Water will get in when it rains.  It’ll sit in the carpet, and eventually it’ll be colonized by mold and mildew.  Look for carpet that is no longer the right color.

Although it can be annoying trying to track down a bad smell coming from your vehicle, it is still better than not smelling the problem and waiting for something to break.  What caused the smell in your car?  Leave a comment below and let us know!