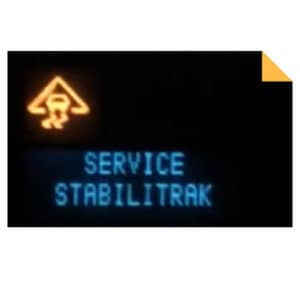 The good news is that if the traction control light is on, there’ll be trouble codes.  A code scanner will give you all the details that you need to diagnose what is going on with the vehicle.  A really good one will even give you the ability to run some diagnostic tests on your Equinox.

If any them fail, it’ll cause your ABS and traction control to no longer receive the necessary signal from the wheels.

Wheel speed sensors are going to be the main point of failure when there is something wrong with a traction control system in general.  They go bad over time, like anything else.

EGR Valve-  A bad EGR valve can cause a failure in the traction control system.  This is the most common point of failure for the Equinox, other than the wheel speed sensors.

This Youtube video describes everything about what you’d need to do to diagnose and fix a traction control light on an Equinox.

While you can operate your Chevy Equinox with no traction control or ABS, you should really get it to a mechanic as soon as you can.

Traction control and ABS save lives.  They could save yours.  Vehicle stability systems have been around for so long now that many people have never driven without them.