2006 is the first model year for the Chevrolet Trailblazer where every single unit manufactured didn’t come with the 4L60E.  That’s due to the introduction of the Trailblazer SS, which needed a more powerful transmission and got one in the 4L70E. The Transmission fluid capacity on a 06 Trailblazer is 12.1 quarts.  Regardless of which engine comes in the truck they all have the same capacity.  This includes SS.

Now just because the capacity is 12 quarts doesn’t mean that you should put that much in there when you change the fluid.  You’ll never get that much out.  You’ll be lucky to get half.

If you don’t have an oil container like that just be careful not to overfill.  Start with a couple quarts and don’t plan on putting more than 5 or 6 in unless it was low to begin with.  Here’s a whole forum discussion on the matter from TrailVoy.

The recommended transmission fluid for the 2006 Chevy Trailblazer is Dexron Mercron VI.  It is the recommended fluid for vehicles that had any previous Dexcron version.  It’s fully synthetic. 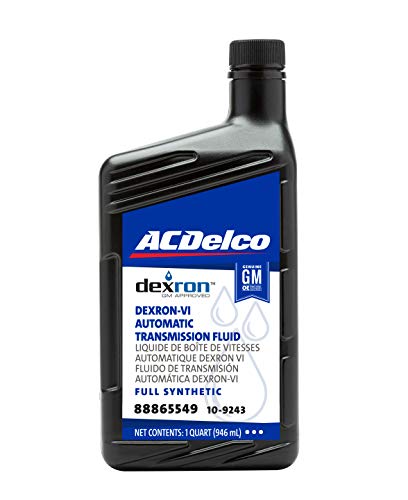 The 2006 Trailblazer SS uses a high performance version of the 4L60E known as the the 4L70E.  This beefed up transmission was necessary due to the increased power that the LS2 V8 put out.

Strength adding features to the Trailblazer SS’s transmission include (but are not limited to):

Here’s more on the 4L70E, including all of the differences between it and the 4L60E.

The 4L60E and 4L70E transmissions are incredibly reliable.  They offer relatively trouble free service on the ’06 Trailblazer.  There really aren’t any Trailblazer specific issues that you’re going to find.  Below, we’ll cover some basic troubleshooting.  The problem will be in bold and potential solutions under it.  For more info on 4L60E troubleshooting, check out 4L60E Transmission Problems.

If your Trailblazer won’t go into gear at all, it’s usually an indication that the shift actuator is out.  Alternatively the linkage could be jammed.  It’s usually a pretty good be that the shift actuator has gone bad over the linkage.  That is unless you have recently changed the transmission.  Below is a great youtube video that’ll help you get unstuck.  There is a way.  I didn’t make this video, but it’s short and informative.

Often the service engine soon light will go on if there is an issue with the transmission.  You can take it into Napa or AutoZone and they’ll tell you what the trouble codes are for free.  For more on diagnosing transmission light issues, check this article out:  What to do When Your Transmission Light Comes On

If the fluid is leaking out of your transmission, it can be darn tough to find out where it’s coming from.  Sometimes it’s easier to degrease the area you are trying to inspect in order to get a better view.  These trucks are getting to be over a decade old, that means it’s very likely that seals could be breaking, or that the coolant lines to or from the transmission have gone bad.  Start there.

Trailblazer Won’t Move in Any Gear

Definitely the first thing to look at here is the transmission fluid level.  If there’s not enough in there to build pressure at the torque converter you’re not going anywhere.   It’s highly unlikely that the transmission would just “give up” and stop working in all gears at one time do to normal wear and tear.

If the fluid is fine, it might be a good idea to check for a broken shifter or shift linkage.  Does it sound the same when you put it into gear.  Is it giving you more or less resistance?  If something feels different, don’t ignore it.

The 2006 Chevy Trailblazer transmission should give you well over 100k miles of reliable service with little to no problems.  Hopefully, if you do have a problem it doesn’t end up being major.  Please leave a comment if you think there’s something that should be added or updated.  Thanks!