The 2002 Chevrolet Trailblazer is the second model year of the first (and only in the U.S.) of GM’s once popular midsize SUV.  Almost without exception, the transmission that came in these trucks was a 4L60E.  The only exception ever was the Trailblazer SS that would come in later model years.  Now, depending on what type of engine came in the truck the bellhousing bolt pattern is different.  That’s discussed in a little more below.

The Trailblazer’s 4L60E is geared as follows:

It doesn’t matter what kind of vehicle a 4L60E comes in, they all have the same gearing in them, so if you are looking to replace your 2002 Trailblazer’s transmission, you don’t need to concern yourself with it at all.

The 2002 Chevy Trailblazer has a fluid capacity of 12.1 quarts.  Only if you are putting in a brand new 4L60E would you ever need to put the whole 12 quarts in.  In most situations, when you change the fluid, you’ll maybe need half.

How to Change the Fluid

What type of transmission fluid does the 2002 Trailblazer take? 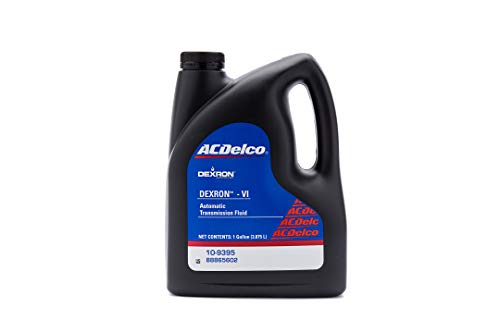 There’s really not a whole lot to concern yourself about when it comes to identifying a 2002 Chevy Trailblazer’s transmission.  That’s because it only came from the factory with at 4L60E.  So, you can be confident that the transmission that you have in your Trailblazer is in fact a 4L60E.  But, the bellhousing is different than most Trailblazer’s in the 6 cylinder model, which can make replacing it a bit annoying.

If you need to seek further proof that it’s a 4L60E, go ahead and take a look inside the glove compartment.  In there you’ll see a sticker that’s a little bit larger than a business card.  On there you’ll see a bunch of three digit alpha numeric codes.  On those codes in a random location (but usually towards the center) you’ll see the code M30.  This is the GM RPO code that serves as sufficient evidence that the transmission that came in your Trailblazer was originally a 4L60E.

The 4L60E is a great transmission, and as such there aren’t going to be a lot of issues with it in the Trailblazer.  While it might be the second model year for the Trailblazer, it’ was the 4L60E’s 10’th year in production.  And, the 4L60E was asked to handle a lot more power in some pickup trucks.  It wasn’t the most taxing job for it to be in a trailblazer.  Still, problems with the ’02 Trailblazers transmission are certainly going to pop up.  If you can’t find what you need here, go ahead and check out 4L60E troubleshooting.

These transmission have been known to have trouble going into gear.  There’s a shift actuator that recognizes your foot is on the brake and unlocks the shifter.  When it goes out, it won’t let the transmission go into gear no matter how hard you push the brake or pull on the shifter.  There’s a release button on the floor shifter that will let you override this actuator.   This YouTube video is very helpful if you are trying to get it into gear in an emergency or trying to fix it now.

The second thing that can cause the transmission to stop going into gear is a bad shift linkage.  It’s less common than the actuator, so look there first.  If the shifter was stuck in a gear or feeling weird when changing gears for a while, that’s a pretty good indication that this is the right avenue for you to pursue.

Won’t Move in Any Gear

If your Trailblazer refuses to move in any gear there are a few things that could be causing it.  The first thing to do is check the transmission fluid.  Regardless of how strongly you feel that it’s not the fluid, it doesn’t hurt to look.  It only takes a minute to do and could save you a ton of time.

If there is fluid in the pan, then it’s time to move on to the shift linkage.  If the shifter/linkage feels a little bit easier to move then normal than it may be a good indication that it has broken.  This is a more common problem in the winter months.

Anytime that the fluid is leaking it’ll eventually begin to affect the performance of the transmission.  Low transmission signs include:

A professionally rebuilt transmission or a 2002 Chevrolet Trailblazer will cost around $2000+ installed from a reputable transmission shop.  What part of the country that you live in is going to change the spend a bit.

The purpose of this page is to provide you with help and info about your 2002 Chevy Trailblazer transmission.  If you feel like it could be improved or you have something to add, just leave a comment.  Thank you!