If you can drive a car, you have likely heard of coolant and antifreeze. While many motorists know these liquids exist, they aren’t able to differentiate between the two. If you’re not into vehicle maintenance, it may sound as if these two liquids serve a very similar purpose.

If you add antifreeze to water, it becomes a coolant…

The difference between antifreeze and coolant 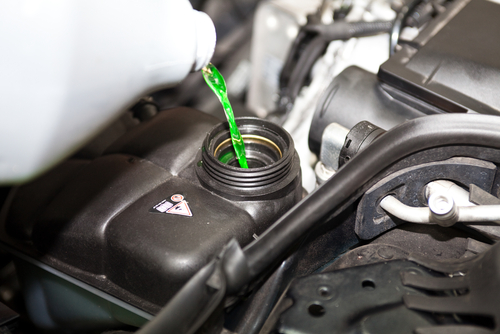 There isn’t much difference between antifreeze and coolant. Antifreeze is made using ethylene glycol and, as a result, doesn’t freeze or boil easily. If you add antifreeze to water, it becomes a coolant. You can either buy antifreeze and add it to water yourself and use this in your radiator, or you can buy a pre-mixed coolant.

If you’re mixing your own coolant, aim to use 50 percent antifreeze with 50 percent water. Coolant is sold pre-mixed and is usually the same ratio; it’s available as a green or red liquid.

Antifreeze and coolant both help to regulate the engine’s temperature and are both used in cars and other vehicles. Antifreeze also provides many other benefits. It naturally protects against corrosion and stops rust from forming. It does this by keeping any moving parts it comes into contact with lubricated. It can help to keep the water pump and other components in good condition. 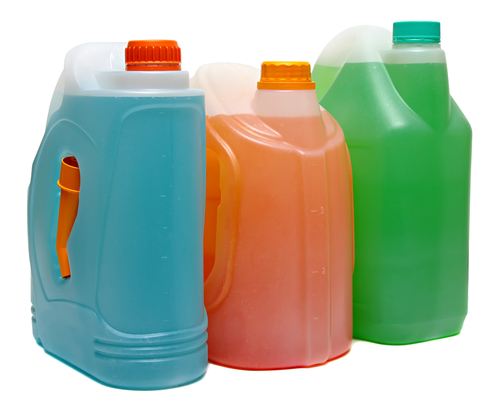 Antifreeze and coolant vary depending on the brand and the ingredients used to make it. These liquids are made from ethylene or propylene glycol, which are both naturally colorless. Many manufacturers will add a bright dye to help distinguish their products. Having a colored coolant gives the added benefit of making it easier for people to notice if there’s a leak in their system. If you use a colored coolant, it’s also easier to check that any accidental spills are cleaned up. You should always clean up and dispose of old antifreeze correctly.

How do coolant and antifreeze work?

Antifreeze, when mixed correctly, will help to protect your radiator fluid from freezing. It works well, even when the temperatures are very low and fall to 30 degrees below zero. This is much lower than the freezing point of plain water, which is generally around 32 degrees Fahrenheit. Anti-freeze is the magic ingredient in the coolant that lowers the freezing temperature of the fluid. It reduces the freezing point by as much as 60 degrees.

Anti-freeze can also raise the boiling point of the fluid, meaning that the radiator fluid won’t boil up to as high as 275 degrees. This is way above the water’s normal boiling point.

How coolant maintains your cooling system

When you turn on your car’s engine, the engine must be able to warm up as quickly as possible. This is particularly true on a cold day when there is snow on the ground.

Coolant runs through the passageways in your car’s engine. There are many different passageways, including the radiator hoses, heater core, and the engines sensors. Coolant is also used inside the radiator as well as the water pump.

How Long Does Coolant Last? 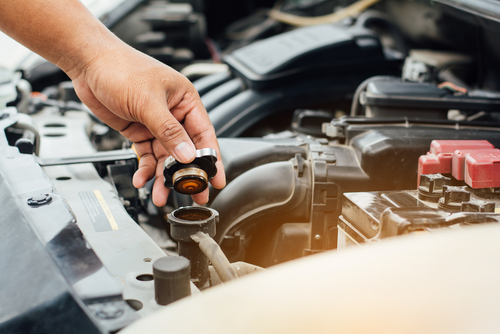 Coolant is generally long-lasting, but over time it will suffer from wear and tear and can get contaminated. The coolant picks up the debris that are present in your vehicle’s cooling system, and this can result in clogging in the long term.

It’s a good idea to regularly flush your car’s cooling system to stop it from becoming totally clogged. Flushing the system and changing the coolant will allow the coolant to flow freely around the components. If you think your coolant is old and isn’t working as well as it should, don’t ignore the issue. Build-up can cause parts to become dirty and will lead to unnecessary repairs that could have been prevented in the long run.

Coolant contains many additives such as antioxidants that help to protect metal pipes and components from corrosion. Many brands of coolant will also contain additives that can break down debris and stop sediment from building up and creating rust over time. This will help to protect the inner workings of your vehicle. It can also help delay the inevitable breakdown of fluid and extend the coolant’s lifespan.

Coolants are generally pink, orange, yellow, or green, depending on the technology used in their creation. Most brands that are green are known as IAT as they have been made using inorganic acid technology. They contain high levels of silicate, which prevents metals from rusting. Green coolant is most common in cars that were manufactured later than the 1990s.

Coolants that are pink or orange use a technology known as organic acid technology (OAT). These types of antifreeze don’t contain silicates and are dyed a different color to stop them from being mixed up with IAT brands.

As you can see, anti-freeze and coolant are very similar, but there are also slight differences between the two. It could be said that antifreeze is an ingredient that’s used in coolant. When antifreeze is mixed with water, either distilled or tap water, it creates a coolant.

Coolant and antifreeze will vary depending on the brand and types, as well as the ingredients used to create the mixture. They both help to keep your car’s engine in good working order by maintaining the temperature.