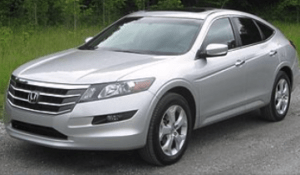 P2279 is a generic OBD-II code. It indicates there is a vacuum leak coming from your Honda Crosstour’s air intake system. While P2279 is a generic code (it has the same definition for the Crosstour as it would any other vehicle made after 1996), repair steps will vary based on model year and engine.

There are almost always noticeable symptoms when P2279 is present. There are usually symptoms because modern fuel-injected engines (such as the one in your Crosstour) need to maintain the ideal air/fuel mixture of 14.7:1, and when they deviate from that mixture, it really can affect the way they run.

While a vacuum leak is the most common cause of P2279, a recently cleaned throttle body can also trigger this code. Your Crosstour’s PCM will need time to adjust for the change in airflow that the cleaning has caused.

Open your Crosstour’s hood and listen for an air leak with the engine running. You may get lucky and hear an obvious leak.

Here are the most common locations in an engine that can cause P2279 in the Honda Crosstour:

A vacuum leak almost always causes P2279 in the Honda Crosstour. Testing for it is easy with carb and choke cleaner, but it can be dangerous. If you test with it, make sure the engine is cold and have a fire extinguisher handy.