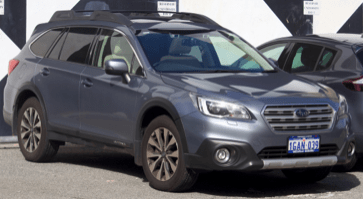 P2272 in the Subaru Outback is a general diagnostic trouble code.  It means that the “bank 2” downstream oxygen sensor (behind the catalytic converter) is continuously sending voltage that indicates a lean air/fuel mixture.

There are oxygen sensors on both sides of your Outback’s catalytic converter(s).  This lets it read the exhaust before and after it runs through each converter to make sure that it is removing pollutants.

You can check your Outback’s wiring harness with a multimeter set to OHMS.  Check the resistance compared to the factory specs.  Or if you have dual exhaust, check it vs the other downstream O2 sensor.

It’s normally the oxygen sensor that needs replaced when P2272 appears.  But, there can be other issues as well.  Good luck fixing your Outback!