P2106 is a somewhat uncommon OBD-II code.  It is not manufacturer-specific, so it has the same meaning for all vehicles starting with the 1996 model year.  It is an indication that limp mode/failsafe mode has been activated.

Several common issues can cause P2106.  The throttle actuator itself is rarely the problem, though. 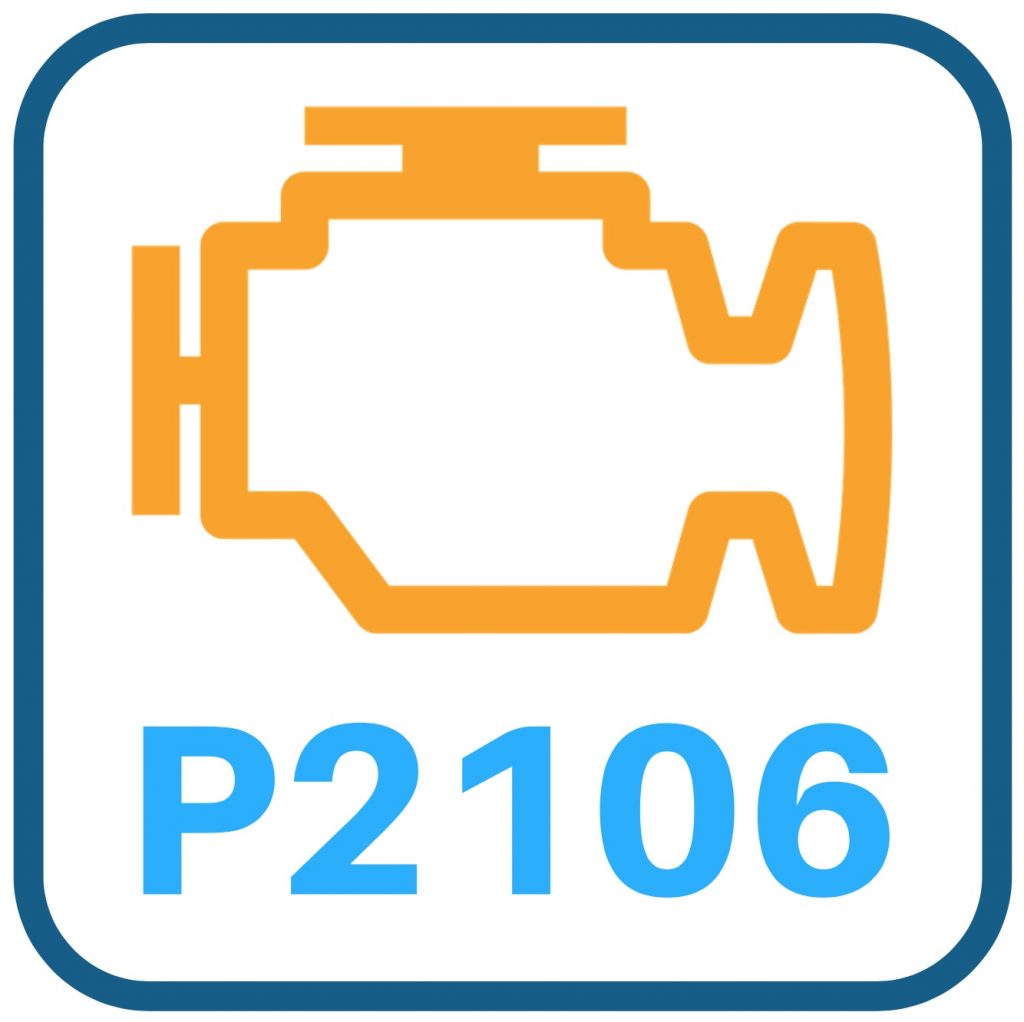 There are two parts to the P2106 definition:

Modern vehicles use “drive by wire” to allow the computer to control the throttle electronically.  This allows for torque management that can increase the longevity of the vehicle.

This is accomplished through the Throttle Actuator Control (TAC) system that takes your input from the gas pedal and runs it through the engine’s computer before the throttle input gets to the throttle blade.

Since the computer is a gatekeeper to the throttle system, it can keep the throttle from opening if it detects a serious issue.  This is commonly referred to as “limp mode” or “fail-safe mode.”

There are many reasons that an engine may go into limp mode (all of which are covered below).  It is meant to protect it from more serious, long-term damage.

There will be symptoms associated with P2106.  The purpose of the code is to let you know that the vehicle has/had entered some form of fail-safe mode.

Here are the most common causes of P2106.  As you can see, there are many.  In the diagnosis section, we’ll go over how to drill through them.

Here is a good order of operations for diagnosing P2106.  You don’t want to jump straight to replacing the throttle actuator.  It’s rarely the problem.

P2106 is telling you that the system has forced it to ignore your throttle input.  It has done this as a failsafe, and you need to determine why.

Have you changed the tires right before this happened? If so, did you put the same height wheels and tires back on?

Has the engine recently overheated?  Did you drive on a flat tire?

All of these things can put the computer into failsafe mode. However, they are easy to fix.

Technical service bulletins are memorandums that manufacturers share with auto repair professionals detailing common problems with a particular vehicle.  They can help a lot.

Follow this link to the NHTSA site.  Type in your model year and the vehicle in.  You will see “manufacturers communications.”  That’s what you are looking for.

3. Check for Other Codes

The only thing left to do is check for other codes.  P2106 is letting you know that the computer has responded to an issue by entering fail-safe mode.

There will almost certainly be other codes that appear with this one.  Check them.  Once you fix the issue causing them, P2106 will take care of itself.

You’ll need a scanner that can check for ABS codes as well.

It is improbable that you are going to need to replace the Throttle Control Actuator. Instead, it is more likely that you’ll end up repairing one of the sensors listed above, or the transmission is going to need looked at.