P2101 is a general OBD2 trouble code. It has the same meaning for all vehicles. However, it seems to be most prevalently found in GM, Honda, and Nissan-made models. 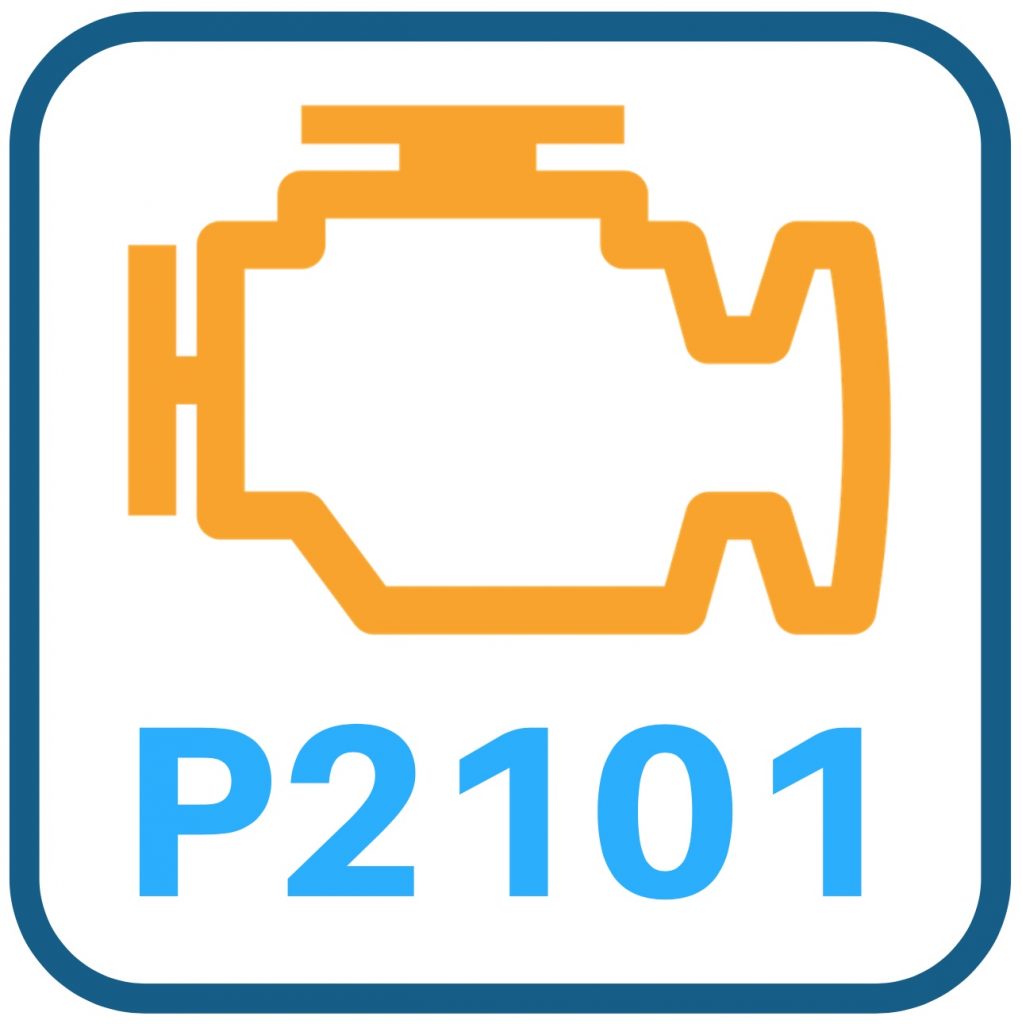 Most modern cars and trucks do not use an actual throttle cable.  Instead, they are controlled by the PCM and TAC modules.  A signal is sent from the gas pedal to the PCM telling it how much of the engine’s power you are requesting.  It will then grant that request.  But, it’ll bring the torque in a bit slower than a traditional gas pedal.  This saves a lot of wear and tear on the engine.

Throttle actuator “A” is responsible for opening and closing the throttle. Think of it as your digital throttle cable.

It does not necessarily have to be located on the throttle body itself. You can find it on the engine, firewall, or wheel wells.

There are a lot of fail-safes built into the electronic throttle control system.  P2101 means that your vehicle’s PCM has noticed a discrepancy between the throttle input and the actual throttle position.

P2101 indicates that the throttle is not opening and closing in the way that you, the driver, are requesting it to.  The signal is, therefore “out of range.”

P2101 will most likely put the vehicle in limp/failsafe mode.  This limits throttle response.  Depending on the make, model, year, and engine, the amount of throttle you get will vary.

P2101 can sometimes appear with other codes but will often appear by itself.

The good news with P2101 is that there’s not much to test and inspect that can throw this code.

The most common reasons that P2101 has appeared are wiring issues or a bad throttle actuator.

1. Check the Wiring on Throttle Actuator

The first thing you should do is find the Throttle Actuator “A.” Depending on the make, model, and year of the vehicle, it could be in several places. It can be on the firewall, fender, behind the firewall, or the engine.

Inspect the entire harness to make sure that there is no damage (think frayed or burnt wires, loose connections, etc…).  Look particularly close anywhere that the wiring harness is close to the metal.  If there is some form of damage, you’re going to need to replace the part of the harness in question.

Inspect where the harness plugs into the Throttle Actuator.  Check it for corrosion.  Use an electrical contact cleaner to clean any terminals and contacts that need it.  This is a prevalent cause of P2101.

If there was damage, replace or repair the harness as needed.  Then, use your OBD2 scanner to clear P2101.  Next, fire Fire the engine up and blip the throttle.  If it’s responding again, you’re done.

If there did not appear to be any damage, go ahead and move on to testing the Throttle Actuator.

Most throttle actuator motors have two wires.  Use a multimeter to determine if there is an open or short.  If there is, go ahead and replace it.

If it’s not open or short, check the power supply to the throttle actuator.  Confirm that it has the proper voltage.  You can use a scan tool to command the Throttle Actuator while using a test light to determine if it’s getting sent the signal.  If the test light doesn’t come on, it indicates that there is a wiring problem.

Try jiggling the wiring with the test light in and see if it flickers.  That would indicate an intermittent wiring problem.  Next, start lightly jiggling different parts of the harness until you find exactly where it is coming from.

It is doubtful that there is an issue with the PCM, but it’s not improbable.

You’ll likely be chasing a wiring problem or a bad throttle actuator to clear P2101.

If there are any other codes, you can cross-reference them with this one and see if there are overlapping causes.

You can look to see if there are any TSB’s (Technical Service Bulletins) related to the throttle actuator for your vehicle.  It just might save you some time.