P1133 can have different definitions depending on the vehicle manufacturer in question.  In the case of the Pontiac Solstice it means:

It is typically caused by a failure of the heated oxygen sensor.  But, there can be a few other causes as well.  They are all addressed below. 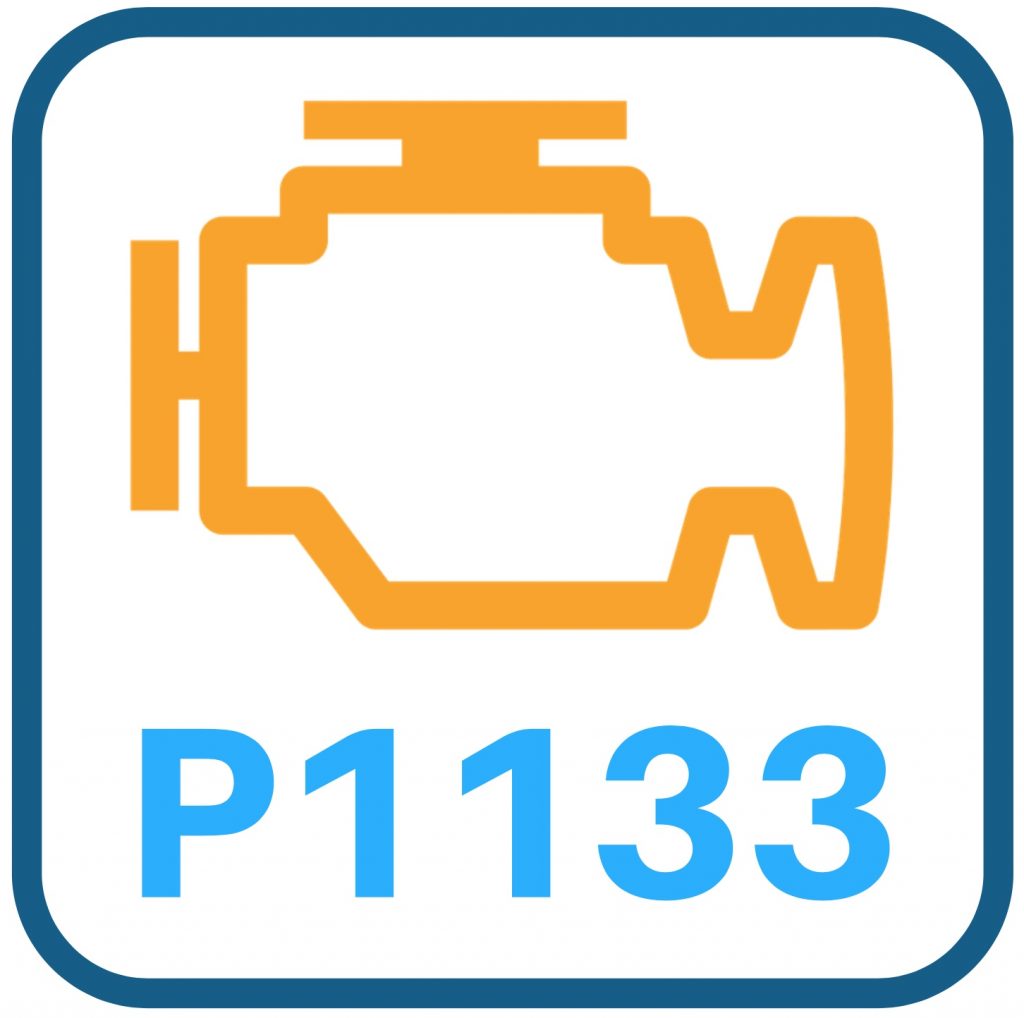 In the standard definition of this code, there are three separate sections.  P1133: HO2S, Insufficient Switching, and Bank 1 Sensor 1.  Understanding them makes diagnosing your Solstice much easier.

While an exhaust system can have many oxygen sensors, the first in line is the most important for metering the air/fuel ratio and keeping the engine running efficiently.

As stated above, your Solstice’s computer (known as the ECM, or PCM) monitors the air-fuel ratio using the heated oxygen sensor.

It’ll monitor the oxygen sensors in closed-loop operation for 90 seconds to determine if there is anything wrong with them.  It does this by counting the number of times the oxygen sensors switch back and forth between rich and lean (it should look like a heart monitor).

When there is an insufficient number of switches between rich/lean and lean/rich, the computer will throw P1133.

It’s still pretty easy to find bank one sensor one when you are looking at a V-6 or V-8 engine. You just need to determine which side of the engine has cylinder one. Then, you can use this quick guide we made for determining which bank is which to find it.

Now that we know what this code means and how to find the oxygen sensor, we can begin to diagnose it in earnest.

More often than not, the check engine light is the only symptom that you will experience with P1133.  Although it’s not unheard of for your Pontiac Solstice to experience:

Here’s a pretty solid procedure for diagnosing a bad oxygen sensor in your Pontiac Solstice.  If you have a V6 or V8 engine, you may want to drop down to item 3, “swap test”.  It will tell you if the O2 sensor is bad by moving them and seeing if the code reappears.

If you happen to have access to a scan tool, you can use it to capture the short and long-term fuel trim values.  You’ll need to make sure that your Solstice’s engine is warmed up before you do this.

Doing this will help you determine if the O2 sensor is operating within spec any looking under the hood.  You’ll need to compare the values that you capture with your scan tool with the values the manufacturer specifies.

While this isn’t a skill most DIY mechanics have, the concept is simple, and you can learn enough to use fuel trim to your advantage by watching this 11-minute video (it’s worth it).

2. Check the Wiring Harness at the O2 Sensor

The bank one sensor one oxygen sensor has a tough life. It is right there on the hot exhaust; it also has to deal with a lot of engine vibration. The wiring harness to the sensor will fail more than almost any other automotive wiring.

Check to see if the wiring is burnt or frayed. Make sure that the pigtail that plugs into the sensor is snugged in tight and has no damage itself. You can do this pretty quickly with a flashlight. You can usually see this oxygen sensor without having to take anything apart.

Next, use a multimeter to determine if there’s a short or open circuit.  This article can make you an expert on the subject in no time.

If you happen to be lucky enough to own a Solstice with a V-8 or V6 engine, you can do something called the swap test. Basically, it involves removing the bank one sensor one oxygen(B1S1) sensor and replacing it with the bank two sensor one sensor(B2S1).

Here’s how to do the swap test:

Often a worn or brittle vacuum line will allow unmetered air into your Solstice’s engine.  When this happens, it creates a lean condition.

You can test for a vacuum leak around the vacuum lines and the intake manifold.  A common method is to spray carb cleaner around the intake/vacuum lines.  When the spot is found, the engine will rev higher with no throttle input.

An exhaust leak can redirect the gasses that are supposed to be passing over the O2 sensor.  This can leave it with a flat curve, which can throw P1133.

A bad oxygen sensor is the most common reason that you are going to come across P1133. However, there can be other issues that cause this code as well.  Good luck repairing your Pontiac Solstice!