P0882 is a generic DTC trouble code, which means it has the same meaning for the Ford F150 as it would any other vehicle.  While this code sets the check engine light, it is actually warning you of an issue with the TCM transmission control module, specifically that the power input signal is too low. 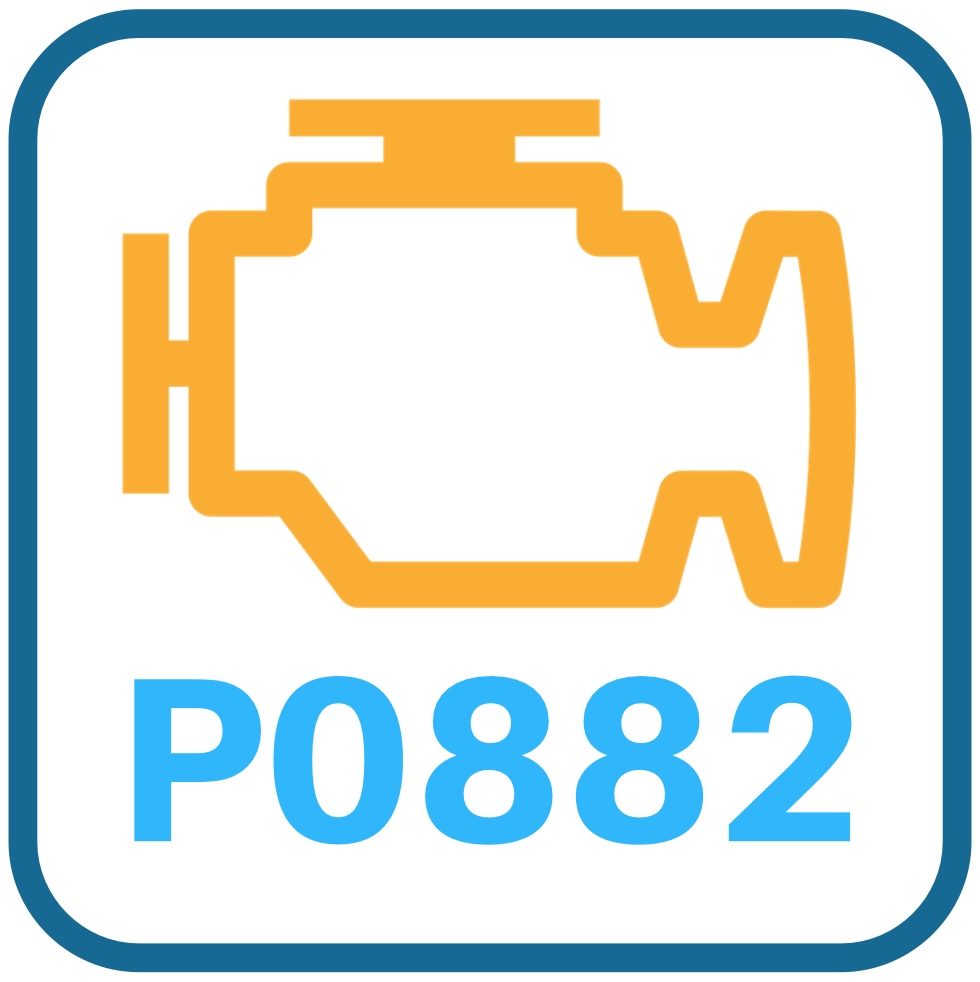 The transmission control module is responsible for telling your F150 when to shift.  It uses engine load and speed data to determine when and how hard to shift, lock the torque converter, and more.

It takes this data and uses it to engage the shift solenoids and clutches inside of the transmission.  It needs power and ground to function properly.

P0882 indicates that the power signal going to the TCM is too low for it to function correctly.

Here are the most common symptoms that your F150 will experience when it has P0882:

Here’s how to go about diagnosing P0882 in the Ford F150 .  Here are the most common causes, listed in order of difficulty to check and weighted against how likely they are to be the problem.

1.  Check for Other Codes

As we addressed above, fixing the cause of P0882 will clear a limp mode related code (if you have one).  There could also be a code related to a “power module” or “integrated power module.”  Repairing the module would restore power to the TCM and clear P0882.

Check to verify that there are no technical service bulletins related to the TCM in your F150.  If there are, it may just make clearing P0882 a lot easier.

Next, take a look at where the wiring harness connects to the TCM.  Is it frayed or damaged anywhere?  Does any of the wiring look like it could be burnt?  If it looks damaged, repair the harness as needed.

Clear the codes, and see if the transmission is shifting right again.

3. Make Sure the Battery is OK

If the voltage coming from the battery is too low, the TCM may not be getting enough power to run properly.

Make sure that the battery posts are free of corrosion.  There may not be enough voltage getting through to the TCM (but enough for the starter to still work).  Is the battery draining?  That can cause P0882.

The TCM fuse should be under your F150’s hood.  When you take the fuse panel lid off, it should be labeled.  If not, you’ll need to get a wiring schematic exact year and engine combo

5. Check the TCM Power at the Relay

There will be a power relay between the TCM and the PCM.  Check to make sure that there is voltage coming from it.  You’ll need an OHM meter.

P0882 indicates that the power going to the TCM is too low.  This likely means that there is a short.  Use a multimeter to trace the power wire back to the short.

Your TCM may need reprogrammed or replaced.  Before throwing a new one in there, we recommend taking your Ford F150 to a shop that can run a quick diagnostic and tell you if that’s the cause of P0882 in your vehicle or not.