P0675 is a common diagnostic trouble code found in diesel engines.  It’s a generic code, which means it has the same definition for the GMC Sierra as it would any other vehicle.

P0675 indicates that the fifth cylinder glow plug is not heating it’s assigned combustion chamber.  Your Sierra likely has a bad glow plug or wiring issue.  We cover troubleshooting steps in detail below. 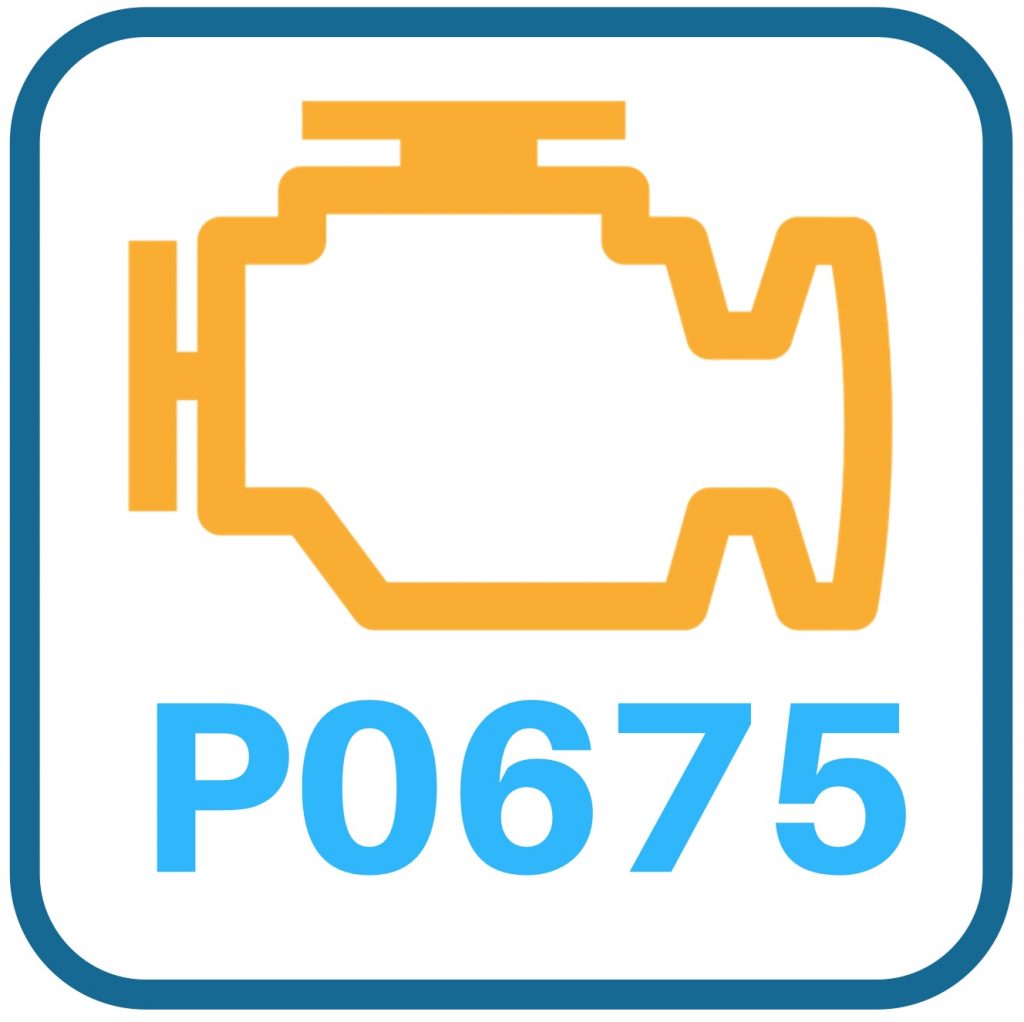 Glow plugs heat up the combustion chamber before you start your Sierra. The “glow plug” light lets you know that they are doing their job.  Once the vehicle is started, the heat and compression generated through diesel combustion are enough to keep the engine running (diesel engines have higher compression ratios than gas-powered motors), and the glow plugs are turned off.

The GMC Sierra’s PCM (powertrain control module) uses data from the engine and transmission temperature sensors to determine if the engine is cold enough to warrant the use of the glow plugs.

If your GMC Sierra has P0675 there are likely to be some noticeable symptoms.  Although one bad glow plug is usually not enough to bring a modern diesel engine down.

If the engine starts, let it idle and build heat before driving it.  You want enough heat in there that cylinder 5 starts to fire on its own.  While your Sierra may run and drive ok once it’s heated up, it’s still dumping unburned fuel into the exhaust until cylinder 5 starts firing.

While P0675 refers to a circuit issue, it also can be caused by a bad glow plug as well.  Here’s how to diagnose this code in your GMC Sierra:

Make sure your Sierra is cold, go ahead and fire it up. Wait for the check engine light to come back on.

After following the steps above, you should be reasonably sure your Sierra doesn’t have a bad glow plug. Now, it’s time to check the wiring harness.

If it all looks fine, you’ll need to get an OHM meter and check the resistance at the glow plug.  You’ll need to look up the wiring diagram for the exact engine and model year of your GMC Sierra.

P0675 is usually causes by the two issues listed above, and replacing the glow plug will more often than not resolve the problem.  Good luck repairing your GMC Sierra!