P0650 is a somewhat rare OBD2 trouble code.  It is generic, meaning that it has the same definition for any vehicle, including the Toytoa Windstar

Your Windstar’s PCM will set P0650 when it detects an issue with the malfunction indicator lamp (MIL), also commonly referred to as the check engine light.

The biggest issue with this code is that it’ll often sneak up on you since, by definition, it can’t alert you to its presence.

The most common causes of P0650 are a burned-out check engine bulb or a wiring issue going from the bulb to the PCM.

Here are both parts of the definition of P0650 explained:

MIL stands for malfunction indicator lamp (commonly referred to as the check engine light).  It will illuminate whenever there is a trouble code stored in your Windstar’s PCM memory.

Ironically, since this code has to do with the check engine light, it may not even turn it on, or it may be on all of the time.

The circuit that controls the check engine light has failed to complete its readiness check when the ignition is turned on.  There are several reasons that can cause this.  We’ll cover what order to tackle them in the causes + diagnosis section below. 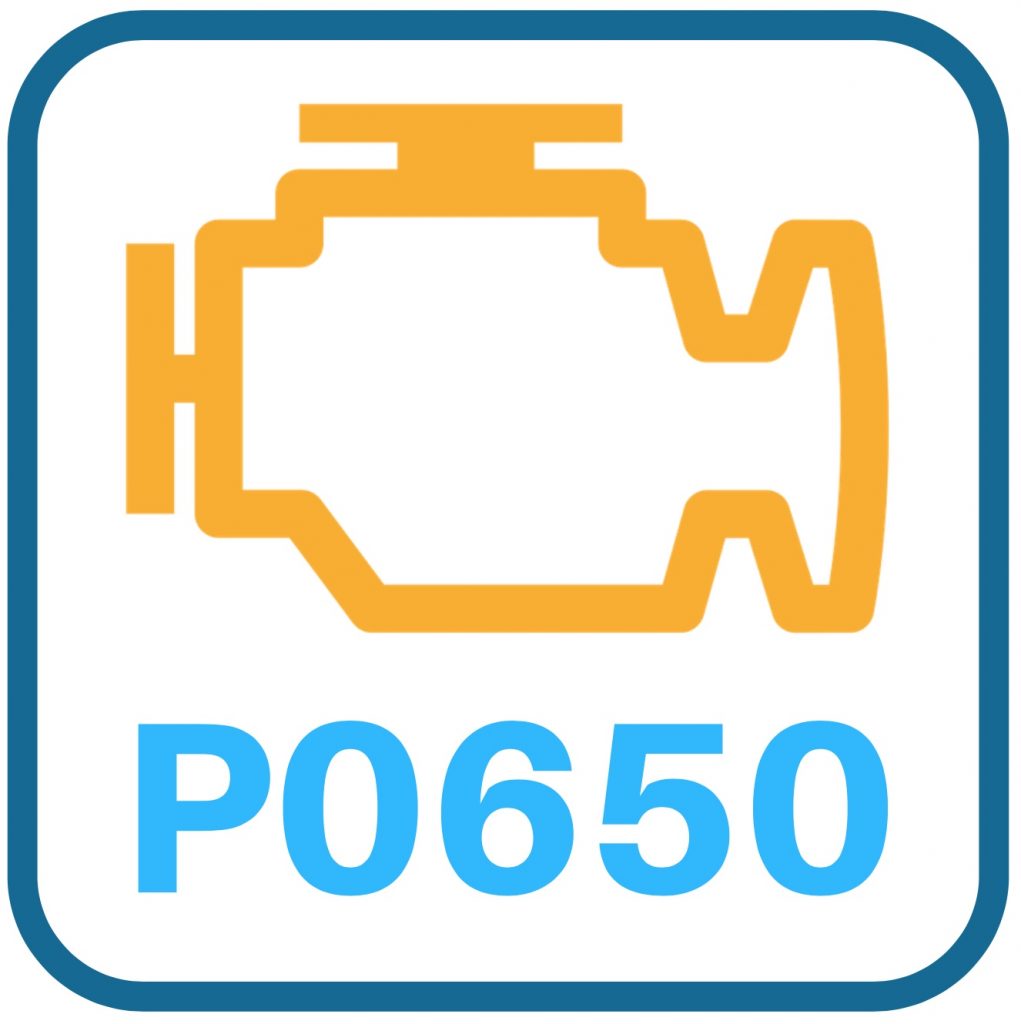 As far as the way your vehicle runs, if P0650 is the only code you have, there should be no noticeable drivability symptoms whatsoever.

Here’s how to go about diagnosing P0650 in the Ford Windstar.

Whenever you put your key in the ignition and turn it to the run position, the check engine light should stay on for a few seconds and then turn off.  If it doesn’t do this, either the bulb is burnt out, there’s a wiring problem, or the PCM is not commanding the MIL circuit to turn on.

If your Windstar’s MIL is stuck on and won’t turn off, jump to step 5.

2. Check What You Can BEFORE Removing the Instrument Cluster

With a good scan tool, you can use it to command the MIL to turn on.  If it doesn’t, verify that the circuit is hot leaving the PCM.

Some makes and models have MIL fuses.  If there is one, make sure that it is not burned out.  If it is, replace it.  If it goes out again, you have a wiring problem between it and your Windstar’s PCM.

Are any of the other lights not working on the instrument cluster?  They should all turn on for a moment when the key is placed in the run position (except the turn signals).

3. Check and Replace the Bulb

At this point, assuming the MIL light is not coming on but everything else on the cluster is working fine, it’s time to check to see if the bulb is bad.

Get a new bulb and throw it in there. That’ll more than likely be the fix for P0650 in your Ford Windstar at this point.  If it’s not, it’s time to check the wiring harness.

4. Check the Wiring (Bulb Not Illuminating)

If it’s not hot at the cluster harness, you’ve got a wiring problem somewhere between the PCM and the harness.

5. Check the Wiring (MIL Stuck On)

If the bulb is illuminated and P0650 is the only code your Windstar has, clear the code and see if the MIL turns off and stays off.  It may have just been a one-off thing.  If it comes back, then you should start looking at the wiring.

If the harness is hot at the instrument cluster with the MIL circuit commanded off, then you know there’s a short somewhere between the MIL and PCM.

With the instrument panel disconnected, check the MIL pin to see if it’s hot (with the MIL commanded off).  If it is, you know the problem is the harness under the dash.  If it is not hot, it’s likely an instrument cluster issue.

On the rarest of occasions, the PCM can be the cause of failure with P0650.  You should check to see if the harness pin for the MIL at the PCM is hot when it is commanded on.  If it stays cold, that would indicate the PCM may need to be replaced or reflashed.

P0650 in the Ford Windstar is usually caused by either a bad instrument cluster, wiring harness, PCM, or most likely a bad bulb.