P0562 is a common OBD-II trouble code.  It’s a general code, which means that it means the same thing for any vehicle, including the Chevy Express.  P0562 indicates that the system voltage is below 10 volts for a solid minute.  With the engine running, the system voltage should be 14.1-14.4 volts, and it’s typically caused by a bad alternator.  It’s very common to get the battery light with P0562. 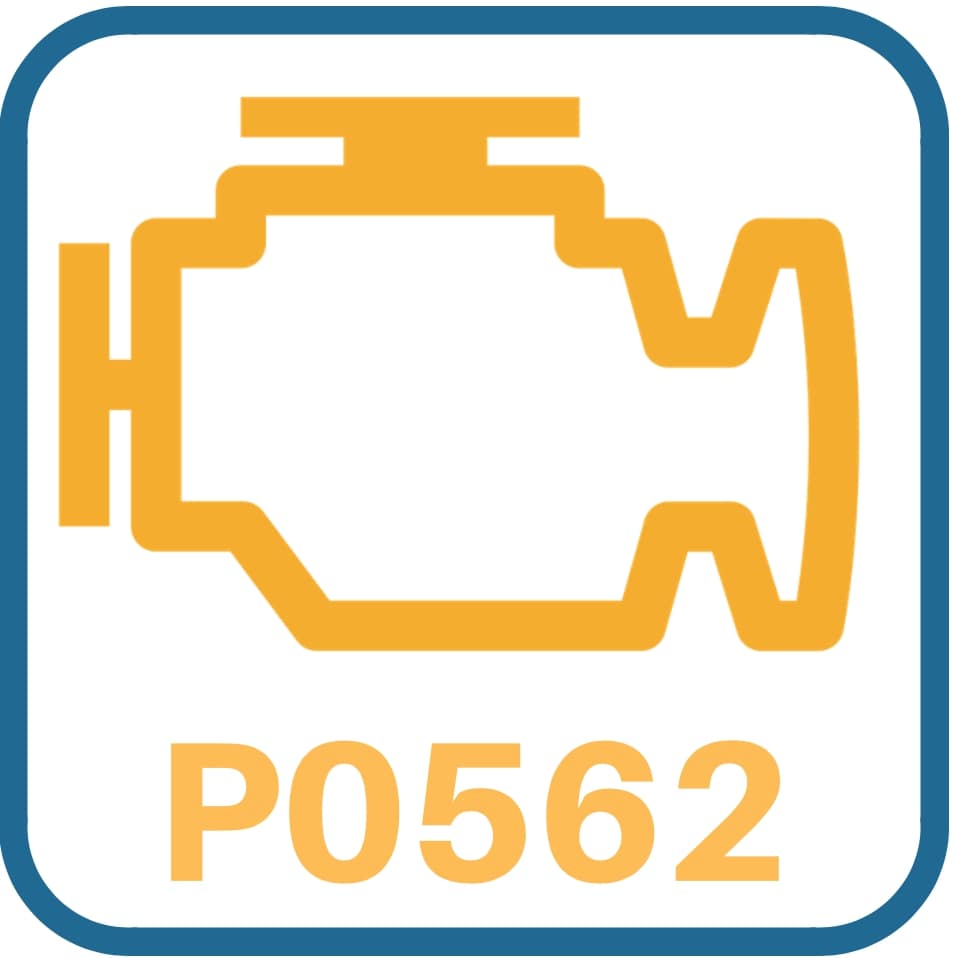 If P0562 is the only code your Express has, there typically aren’t any noticeable symptoms.(other than the check engine/battery light).  Symptoms can and will appear if the battery voltage drops too far.

If you do experience symptoms, it’s due to battery drain.  it is very likely that your Express wouldn’t even turn back on if you tried.  The battery will have drained too much to engage the starter again.

Here are the most common P0562 Symptoms:

Here are the most common causes of P0562:

The alternator supplies voltage to the battery and to all of your Express’s electrical system while it is running.  If it goes bad, then it can cause P0562.  If it goes all the way bad that’s make diagnosing the code relatively easy.  The vehicle won’t start if it runs too long with a bad alternator.  How long it would take to drain the battery all the way is going to depend on the battery’s age and driving conditions.

It’s when the alternator begins to intermittently fail it can be tricky to diagnose.  Most auto parts stores will be able to test your alternator for free.  If you do end up needing a new alternator, they are somewhat affordable.  Make sure to change the serpentine belt while you are at it.

The voltage regulator ensures that a certain level of voltage passes to the charging system to keep it from overloading.  It can keep too much voltage from passing and throw P0562.

There’s a lot of wiring associated with your Express’s charging system.  You need to check for corrosion, fraying, and poor connections around the following wiring:

While a bad battery can throw P0562, it’s not nearly as likely as an alternator or wiring issue.  You should have it tested before replacing anyway.

If your vehicle has aftermarket equipment such as a very high watt stereo system, winch, or something else, it could be placing such a heavy load on the charging system that you’re getting P0562.  Remember, it needs to be at least a minute to throw the code.

There can also be a major power drain if something goes wrong as well.  This can happen if something shorts out and starts pulling way too much voltage.

Tracking down P0562 can be tough.  It’s usually the alternator that is at fault.  If there is anything that you would like to add, please leave a comment below.  Good luck fixing your Express!