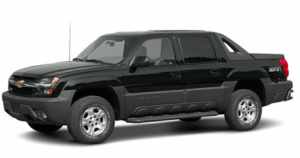 P0441 is one of the more common OBD-II trouble codes with the Chevy Avalanche. It’s a generic powertrain code, which means regardless of what auto manufacturer built the vehicle, it’ll have the same meaning. P0441 indicates that there is an issue with the Evaporative Emissions System. It’ll often appear with P0455.

The Avalanche’s ECM will trigger this code when it detects that the vacuum level in the Purge System is not within the proper specifications. P0441 can cause the vehicle to fail an emissions test.

Often, the only symptom of P0441 will be the service engine soon light itself. In a few cases there may be other symptoms. Here they are:

Here are some of the most common causes of the P0441 code. They are presented (somewhat) in order from most to least likely to be at fault.

It’s usually completely safe to drive your Chevy Avalanche with P0441. We still recommend dealing with it as soon as possible, though. Good luck with fixing the issue. If you feel there is anything that you would like to add to this article, please feel free to leave a comment below. Good luck!