P0345 is a somewhat common and difficult trouble code to diagnose. The Toyota Celica is no exception to this rule. It indicates that there is an issue with the camshaft position sensor A on Bank 2.  It is usually caused by a wiring problem or the CPS itself. 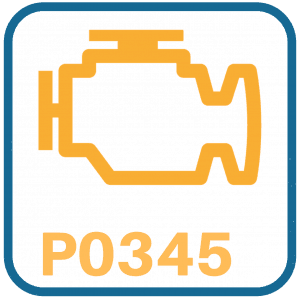 Since the CPS can often be difficult to get to, testing the wiring going to it makes good sense for step one.  Below, we’ll go over the symptoms and potential causes of P0345 in your Toyota Celica.

The CPS helps an engine determine optimal timing for combustion. When it is not functioning properly, it can cause a lot of drivability problems in your Celica, such as:

Wiring Issue– The Camshaft Position Sensor wiring is exposed to harsher conditions than a lot of the wiring in your Celica. It is worth looking at it to see if it has developed a short, or to see if the harness connector is loose or damaged.