OBDII P0341 means that there is a problem with the Camshaft Position Sensor (CPS) circuit. While it can be tempting to throw a new camshaft position sensor in and see if it fixes the problem, the CPS doesn’t always end up fixing clearing the code. It can often end up being a wiring problem that causes P0341 in your CX-5. It’s worth doing the due diligence to see what’s causing the code.

The CPS helps an engine determine optimal timing for combustion. When it is not functioning properly, it can cause a lot of drivability problems in your CX-5, if it’ll even run at all.

As stated directly above, often the vehicle won’t even start. If it does it’ll often be in a failsafe mode with the following symptoms: 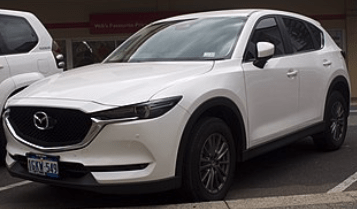 P0341 code is often caused by a failure in the Camshaft Position Sensor itself, or the wiring. Here are the most common causes:

There are significantly less likely causes for P0341 as well, such as the PCM failing. You’ll need to check the voltage at the camshaft sensor to see if it is within spec, and that the reluctor wheel is ok.

A great place to start is to see if the harness is plugged in tightly at the PCM and at the CPS itself.

P0341 is a serious concern and should be addressed as soon as possible. We recommend taking your CX-5 into a mechanic (if it’ll move at all). If you have any suggestions for improving this article, please feel free to leave a comment below. Good luck, and thank you for reading!