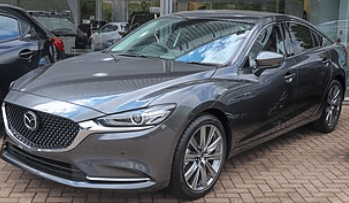 The Mazda 6 utilizes a crankshaft position sensor (CKP) in order to regulate the engine timing. This sensor uses a reluctor to gauge the position of the crank. When the 6’s ECM determines that the signal coming from this sensor is out of range, it’ll throw the P0336 trouble code.  P0336 is most commonly caused by a bad crank sensor, reluctor ring issue, or wiring problems.

If you don’t hear a rattle, the ring could have broken or missing teeth. This will cause your 6 to not get a good reading from the crank sensor.

Most of the time, the reasons outlined above are going to be the problem. But, not always. Here are some issues that are (not quite as) known to cause P0336 in the 6:

Good luck determining what is causing P0336 in your 6. If you feel like there is anything you would like to add, please leave a comment below.