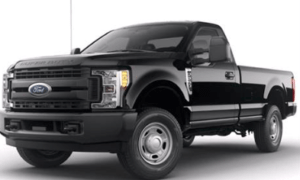 P0207 is an OBD II trouble code.  It indicates there is a fuel injector circuit malfunction, in this case,it would be the seventh cylinder that is malfunctioning.  P0207 is a generic code, which means that it has the same meaning for the Ford F250 as it would for any other vehicle.

When diagnosing P0207 in your F250 you only need to look at the fuel injector in the seventh cylinder, since the PCM has pinpointed the location of the problem for you.

Bad fuel injectors are the most common reason that P0207 is present in your F250.  You still want to take a look at the wiring harness.  You’ll also want to test the injector itself.  There’s a YouTube video directly above that shows how to do that.  A new fuel injector is relatively affordable.

Fuel injectors can make your F250’s PCM throw P0207 if they are plugged, dirty, or defective.  This is the most likely cause of this code.

This is the last place that you’d want to look, but a bad PCM can be the reason why your F250 is getting P0207.

It’s usually not too hard to track down P0207, thanks to the fact that it is specific to the seventh cylinder.  If there is anything you would like to add that could help the next person with their F250, please leave a comment.  Best of luck!