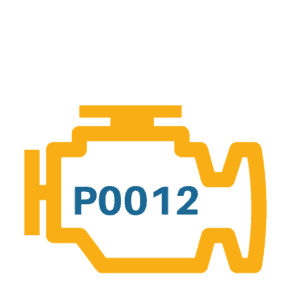 P0012 is a common trouble code. It affects vehicles with variable valve timing (VVT). The list of VVT vehicles is growing, and the Oldsmobile Aurora can have VVT, and is known to develop this code.

P0012 is generic, which means that it has the same definition for the Aurora as it does on any other vehicle.

VVT changes the frequency and distribution of gases entering and exiting the combustion chamber. It allows the engine to act as though it has different camshaft profiles at different RPM’s.

This ability to alter valve timing is great for both power and fuel economy.

The Oldsmobile Aurora utilizes camshaft actuators to change the valve lift depending on the RPM of the motor. This allows for a more efficient cam profile at any speed.

With P0012, the camshaft actuator is leaving the timing retarded.

Camshaft Position Actuators change the lift of the camshaft up to 25 degrees. They are hydraulic, which means that they use the vehicle’s engine oil to control lift. So, if you have low oil pressure or dirty oil, it can keep them from doing their job properly, and trigger P0012.

When the timing is over retarded, it can really cause some issues with the motor. Here are some of the typical symptoms of P0012 in the Oldsmobile Aurora:

There are quite a few different things that can cause the P0012. Here are the most common causes:

Here’s a phenomenal video on how to test a cam/crank actuator. Make sure that you check everything else that you can before actually opening up an engine.

If it has been an excessive period of time since the last time that you’ve had an oil change, or you find that there may be reason to believe that the oil thickness is wrong, change the oil and see if that helps anything. Good luck diagnosing the P0012 in your Oldsmobile Aurora. If you would like to add anything, please leave a comment below.