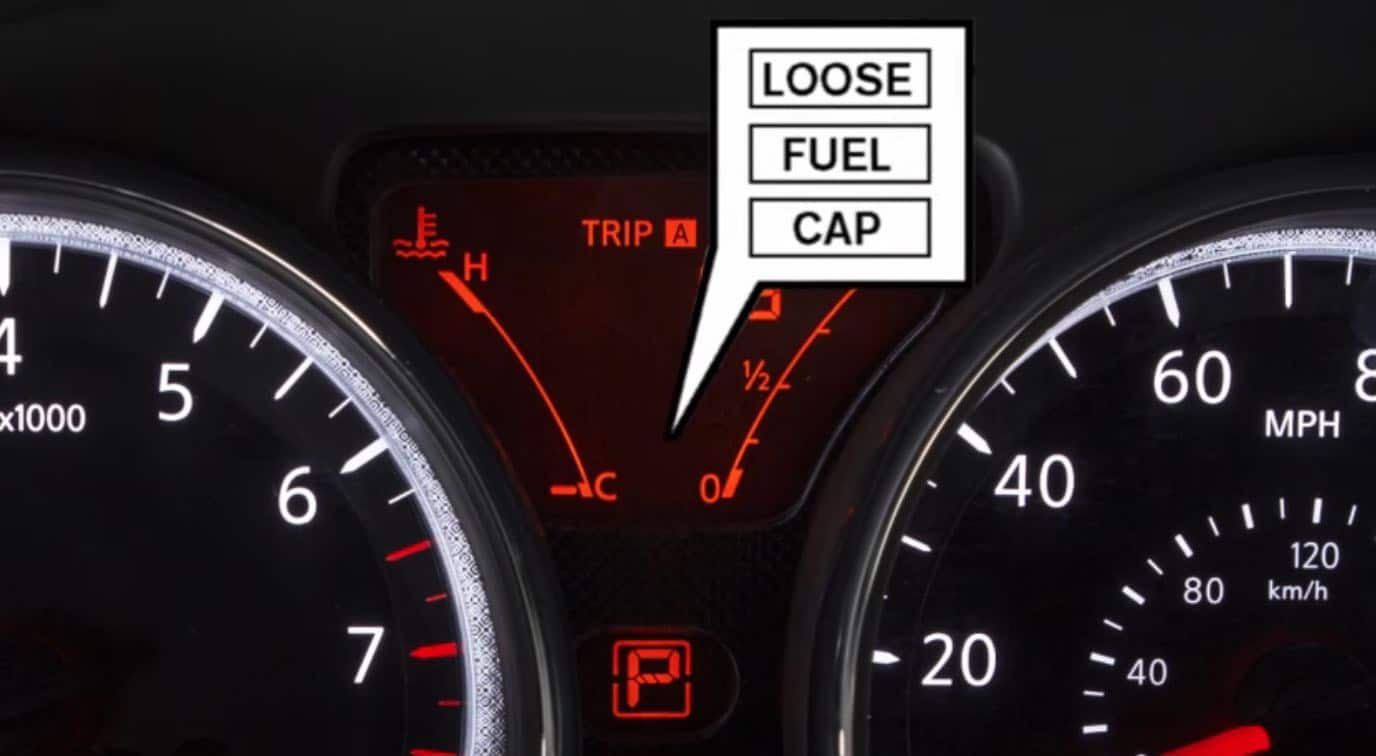 This guide will help you determine why you are getting the LOOSE FUEL CAP message in your Nissan, and the likely reasons that it came on.

What Does Loose Fuel Cap Mean?

It means that your Nissan Frontier’s fuel cap is either loose or broken.

Your Nissan made vehicle is equipped with a warning system that will inform you if the gas cap is loose.  It can and will also come on if there is something wrong with the gas cap itself as well.  When this happens, you’ll see a message by the odometer that says LOOSE FUEL CAP.

It won’t necessarily come on the moment that you start the car with the fuel cap on loose.  It’ll take it a while to “figure out” that the cap is loose.

If the warning comes right back, it may be time to get a new fuel cap.  If the light comes back on after replacing the gas cap, that’s a pretty good indication that there is an EVAP system leak.

Is It Safe To Drive With a Loose Fuel Cap

It’s completely safe to drive your Frontier with a LOOSE FUEL CAP warning, or an actual loose fuel cap.

There’s something called a flapper valve built into the filler neck.  You’ve probably seen it when gassing up.   The gas pump pushes it in.  When you aren’t filling up, the flapper valve acts as a fail safe that keeps the gas from splashing out of the car.

Driving with a loose gas cap does no damage to the engine, or fuel system.  The only thing that you may notice is the slight smell of fuel vapor.  Just because it’s not dangerous, doesn’t mean that you shouldn’t replace the cap as soon as you can though.  Without the gas cap tightened (or replaced if needed), the fuel system is likely to throw an EVAP related trouble code.

Can a Loose Gas Cap Cause Problems?

While it doesn’t make driving your Nissan Frontier more dangerous, a loose fuel cap does let gasoline evaporate into the atmosphere.  For every month that you drive with a bad gas cap, you’ll lose about 2.5 gallons of fuel.