If your Chevy Orlando is experiencing unusually high oil pressure, you need to find out what’s causing it right away.

Unusually high oil pressure can indicate serious problems, such as a blocked oil passage, or a broken pressure relief valve.  It should be treated like you have no oil pressure until you verify what is actually going on with your Orlando’s engine.

Here are some of the most common causes of high oil pressure.  Many of them don’t involve opening up the engine.  They are presented first in the hopes that it doesn’t come to that for you.

It is completely normal for a vehicle to have higher oil pressure when you first start it up.  The oil is thicker and the pressure will stay higher until the engine warms up and it thins out a bit.

With most vehicles, the oil pressure can be as high as 65 pounds around startup.  When the engine warms up, it’ll taper off to around 40 pounds.  If the oil pressure stays high, that’s when there is a serious problem. 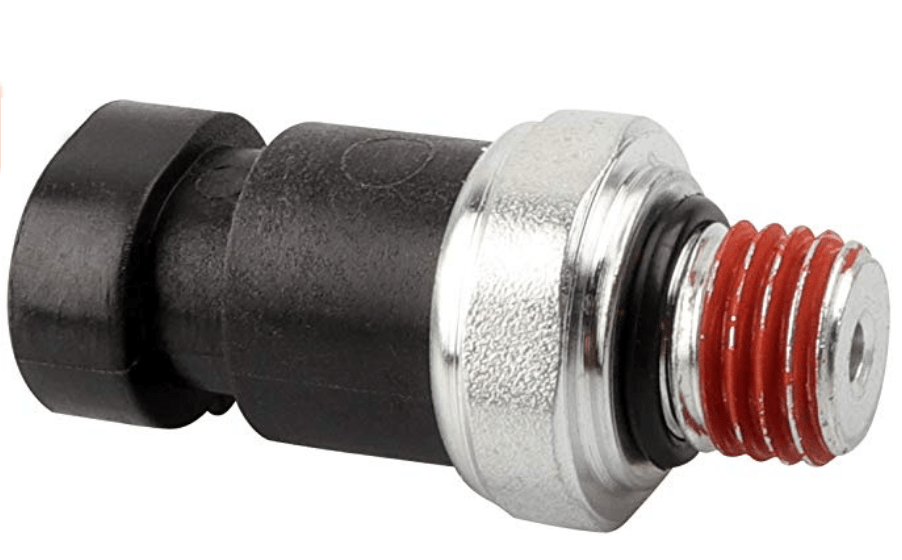 Your Orlando’s oil pressure sending unit sends a signal to the Powertrain Control Module (PCM) letting it know the actual oil pressure of the engine.  If this sending unit goes bad, it can send a false reading.

A faulty sending unit is often the cause of a high pressure reading.  That’s good news, they are easy to get to and cheap to replace, and there’s nothing really wrong with your engine itself.

If it reads normal, you know that you have an issue with the sending unit.  You should inspect the wiring harness around it to make sure that there are no cracks or damage.  Make sure that it’s plugged tightly into the sensor and that there’s no corrosion on the contacts.  If it all checks out, replacing the sensor should solve the problem.

You may also experience oil pressure related trouble codes such as:

If your Orlando’s oil filter is obstructed through the accumulation of grime, it will no longer let enough oil go through the engine.  When this happens the temperatures will begin to rise and the oil pressure could rise.

Changing the oil and oil filter are a great idea when you have high oil pressure.  It only takes a few minutes and if the filter was clogged, you’ve solved the problem.

Using the wrong oil weight in your engine can cause the oil pressure to be too high.  This is a great avenue to explore in your diagnosis if you didn’t physically put the oil in the engine yourself.  We’re all human.  Perhaps the shop that last changed your Orlando’s oil put used the wrong oil.

Above we listed out some of the most common reasons that your Orlando would have high oil pressure that don’t involve opening up the engine.  If you’ve checked through all of that it’s time to focus on mechanical problems, or take it into a mechanic that can check it out for you.

Blocked Oil Passage- Much like the human body has veins, your Orlando has oil passages that lead oil to all of the vital engine components.  If one of these veins is blocked, it can mess with the oil pressure reading.  But, it also means that some part of the engine is not being properly lubricated.

Bad Pressure Relief Valve- If the pressure relief valve has gone bad, it’ll allow the oil pump to send as much pressure as it can muster throughout the engine. You’ll need to remove and clean or replace it to see if it was causing the high oil pressure.

As you can see above, there are many reasons that your Chevy Orlando could have high oil pressure.  High oil pressure often indicates that while some parts of the engine are getting oil, others are not.  Until you manually verify the oil pressure, you should treat it like you have no oil pressure at all.

Thanks for reading.  If there is anything that you would like to add, please leave a comment below.  Good luck fixing your Orlando!