While it may not leave you stranded, a vehicle that hesitates to start can be very concerning. There are a few reasons why your Ford F150 may not be starting, such as a bad starter, a bad battery, bad alternator, and more.

Here are some of the most typical reasons your F150’s starter is not cranking as fast as it should be. 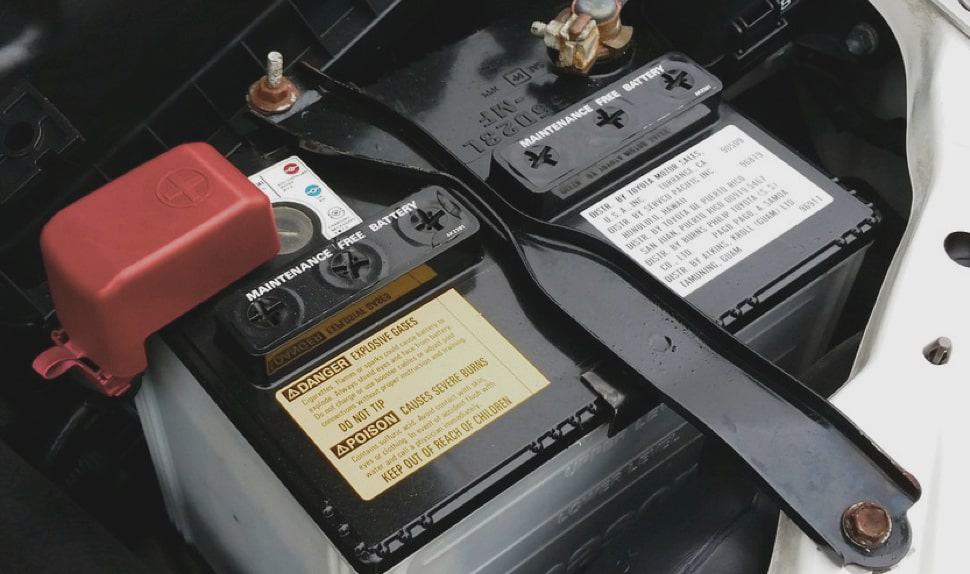 The battery is responsible for providing the voltage necessary to crank your F150’s engine over when it is not running. When the battery begins to give out, it will provide enough voltage for a start, but not enough for a quick start. You can almost FEEL it struggling to turn the engine when this happens.

As the battery ages its ability to provide what’s called “cranking amps “diminishes. It is most noticeable when it is cold outside.

The battery light is a good indication that you were going down the right path with your diagnosis, but it is not guaranteed that the battery is good if it is not on.

A corroded battery post can easily create a condition where your F150 hesitates to start. It also happens to be the easiest thing to check on this list.

With that in mind take a look real quick and see if there’s any corrosion or battery acid on the battery cables or post. If there is, you’ll need to scrape it off. You can get a wire brush at Walmart, or you can purchase a dedicated battery post cleaner. Make sure to wear some protection over your eyes.  Battery acid is corrosive and stings.

A bad battery cable can also have the same exact affect. The way that you tell that the battery cable is bad is to check the voltage as it leaves the alternator, and check it again as it enters the battery.  There’s a video below that goes into all of this in great detail.

Make sure that the battery posts are tightened all the way too…..

A bad alternator can also cause your F150 to hesitate when starting. If it’s not charging the battery all the way, it will exist in this limbo where it’s doing the job good enough but not great.

He can have an auto parts store test your alternator.  Most of them have a machine that will spin it fast enough to tell what kind of voltage is coming from it. But, that involves removing the alternator from the vehicle.

That’s a very abbreviated version of something that’s explained much better in this video:

Your F150 may be turning over slowly due to a worn starter motor.  When you turn the key, a powerful electromagnet is activated that forces the starter gear to engage. Once this happens, the starter turns the flywheel fast enough fast enough that the engine can take over.

Your vehicle’s starter is really a powerful electric motor. As it wears out, I won’t be able to spin fast enough anymore, and your vehicle will hesitate to start.

It is also possible that the electrical contacts going to it are damaged or corroded.

When the weather is nice outside the battery is able to provide it’s full cranking amperage.  CCA is the number of amps that a battery can provide to the starter at 0°F for 30 seconds while maintaining 7.2 V plus.  CCA is always a lower number.

Here’s an in-depth guide to why your F150 isn’t starting when cold.

This is not a definitive list of why a Ford F150 may hesitate to start, but it does cover all the most common reasons.  Good luck!