One of the most annoying things that can happen when we are driving our vehicles is when we get the reduced engine power light.  Most of the time, reduced engine power doesn’t make commuting home possible since the max speed your Chevy Cruze will reach is not going to be enough to keep you safe on the highway.

If your Cruze has gotten this reduced engine power warning, it means that one of its engine management sensors or the ECU have gone bad. It’s effectively “in the dark” without enough vital telemetry to control the engine properly.  Without enough data, the ECU will just give you enough power to not leave you totally stranded, and may run the engine in an entirely different way.

If you have the reduced engine power light, then there are going to be some diagnostic trouble codes stored in your OBD II system.  This is great news, since it helps narrow down where the ECU thinks that the problem is.  A good code scanner is really cheap and can make the process a whole lot smoother.

Here are some of the most typical problems that can make your Cruze’s reduced engine power warning come on:

This is one of the most common reasons the reduced engine power light comes on.  If the ECU isn’t getting the proper voltage response from the throttle body, it can’t be sure of how much it’ll really accelerate your Cruze from the gas pedal input.

At this point, it turns on the reduced engine power mode in order to keep the vehicle from running away from you.

Your Cruze’s oxygen sensors measure the amount of oxygen in the exhaust to help insure that the proper air/fuel mixture is realized.  If they totally go bad they usually don’t trigger the reduced engine power mode, but if you plug your code scanner and it comes up with an oxygen sensor related code such as P0160, it’s definitely worth taking a look at them.  While they don’t often na 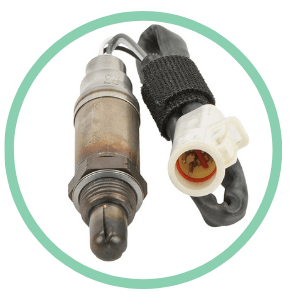 The throttle position sensor is one of the most vital sensors in your Cruze.  If it’s not responding, the ECU has no way of telling how much gas gas you’ve given it.  The TPS data also helps determine when the transmission will shift.

Another common cause of a reduced power condition is , if the ECU goes bad it can trigger the reduced engine power condition.  It is responsible for taking the data from all of the sensors above, and combining it with the data from many other sensors to control the engine.

Should You Drive Your Cruze with the Reduced Power Light

The idea behind the reduced engine power condition is to allow you to limp your Cruze into the shop or back home.  It is not meant to sustain long periods of vehicular operation.  Not being able to go 40MPH (which is almost always the case) is a safety risk.

When the engine power has been reduced, the engine and transmission can operate in totally different ways.  This leads to jerky shifts, unstable acceleration, and horrible gas mileage.

Good luck diagnosing your Cruze’s reduced engine power light.  If there is anything that you would like to add, please feel free to leave a comment below.