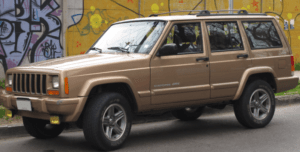 Oxygen sensors play a vital role in both engine management and emissions control.  When an O2 (oxygen) sensor go bad, it’ll cause your Jeep Cherokee‘s engine to run less efficiently.

Your Cherokee can exhibit symptoms when the Oxygen sensor has gone bad.  Or, it may exhibit none at all. Often enough, the only sign of the problem at all is the service engine soon light being on.

Here are the most common symptoms of a bad oxygen sensor in your Cherokee:

More often than not, when an oxygen sensor in your Cherokee goes bad, it will throw a diagnostic trouble code.  There are many oxygen sensor related codes.

Your Cherokee’s oxygen sensors are responsible for helping to keep your engine running at optimal efficiency.  The engine management computer uses the data from all of the O2 sensors to keep the air/fuel mixture optimized.  A bad oxygen sensor can affect the mixture greatly.

Often enough, there won’t be any noticeable signs of a bad oxygen sensor.  You’ll go to get an emissions check done, and your Cherokee fails the test.  Without a check engine light, it can be tough to lock down exactly what would cause the vehicle to fail, but oxygen sensors are one of the more common causes.

There may or may not be any noticeable symptoms when your Jeep Cherokee’s oxygen sensor(s) go bad.  It is smart to use a scan tool to determine whether or not there is an OBDII trouble code associated with any of the sensors.  Good luck diagnosing your Cherokee!