A smoking engine is a serious thing.  If your Audi Q5’s engine has smoke coming from it, it needs to be addressed right away.  It can be caused by quite a few different problems, none of which should be ignored.

The most common reasons why your Q5’s engine would smoke include overheating, burning oil, or a melting wiring harness.  Be careful under the hood when the engine is hot.  Always treat the engine cooling fan like it can come on at any time. 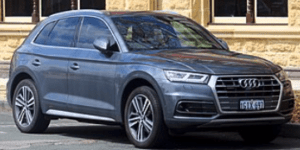 When your Q5 overheats, the radiator builds up pressure.  When the pressure gets to a certain level, the radiator cap will allow it to escape.  This saves the radiator from any permanent damage.

You want to start by making the best observation of the smell and color of the smoke coming from your Q5’s engine.  This will help you make quick work of figuring out what’s going on.

If there is no noticeable leak, you can buy dye that you can put in the radiator to see where the leak is coming from.  Here’s more on diagnosing a radiator leaking in the Audi Q5.

While it’s not an exact science, using your nose can help speed along the process of diagnosing why your Audi Q5 is smoking from the engine.  Good luck with the repair, and feel free to leave a comment below.