Every time you start your Acura MDX, the computer system runs a self diagnostic check on all major systems.  If any of these checks fail, you will see a diagnostic warning light on the dash for the corresponding system.  When the airbag system fails this check, you’ll see the airbag light.

Your MDX’s airbag light is there to tell you that there’s a problem with the airbag system.  If it comes on for a few seconds as the vehicle starts, that is completely normal and part of the diagnostic cycle.  It’s when it stays on that indicates a problem.

Your airbag light is part of your MDX’s larger supplemental restraint system.  It works in tandem with the system to protect you in the event of an accident.  If all parts of this system are not working properly, it can cause the airbag light to come on.

Here are some common reasons that your MDX’s airbag light could come on.

Safety belts are still the most important safety feature in the event your MDX crashes.  Modern vehicles have sensors running to them to let the computer system know if they are buckled, and if they are locked up.

If the MDX’s airbag system is not getting a response from one of the airbags itself in the diagnostic cycle, it’ll turn the airbag light on until the problem has been fixed, and the system has been reset. 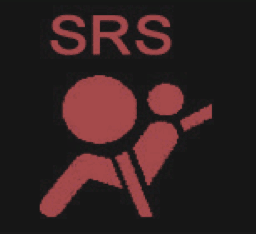 Is it Safe to Drive Your MDX with the Airbag Light On?

Your Acura MDX’s airbag system is complicated.  There can be a lot of different reasons why the airbag light may have come on.  Most of them should be left to a professional. Just because the vehicle can be driven, does not mean that the problem should be ignored.  If there is anything that you would like to add, please leave a comment below.  Good luck!