P0307 is a fairly common trouble code with the Ford F150. It’s and OBD2 code and means that a misfire has been detected in the 7th cylinder in the firing order.  You should only be seeing this code if you have an engine with at least 7 cylinders.  So, it’s mostly a code for V8 engines.  P0307 is typically caused by bad spark plugs, plug wires, or coil packs.

This code is certainly a cause for concern, and should be considered a threat to the drivability your F150. The nice thing about P0307 is that it’s a cylinder specific trouble code, which makes diagnosing the problems much more simple than P0300, which means that the cylinders are randomly misfiring.

Fixing P0307 should be considered a high priority. Unlike a lot of the OBDII codes, this code has to do directly with engine combustion. It also can cost money to ignore it, since driving with a misfire can damage the F150’s catalytic converter. The engine is also not firing all of the fuel, so raw fuel is also passing through cylinder seven into the exhaust. Mileage may suffer as well when your F150 has P0307 as well. 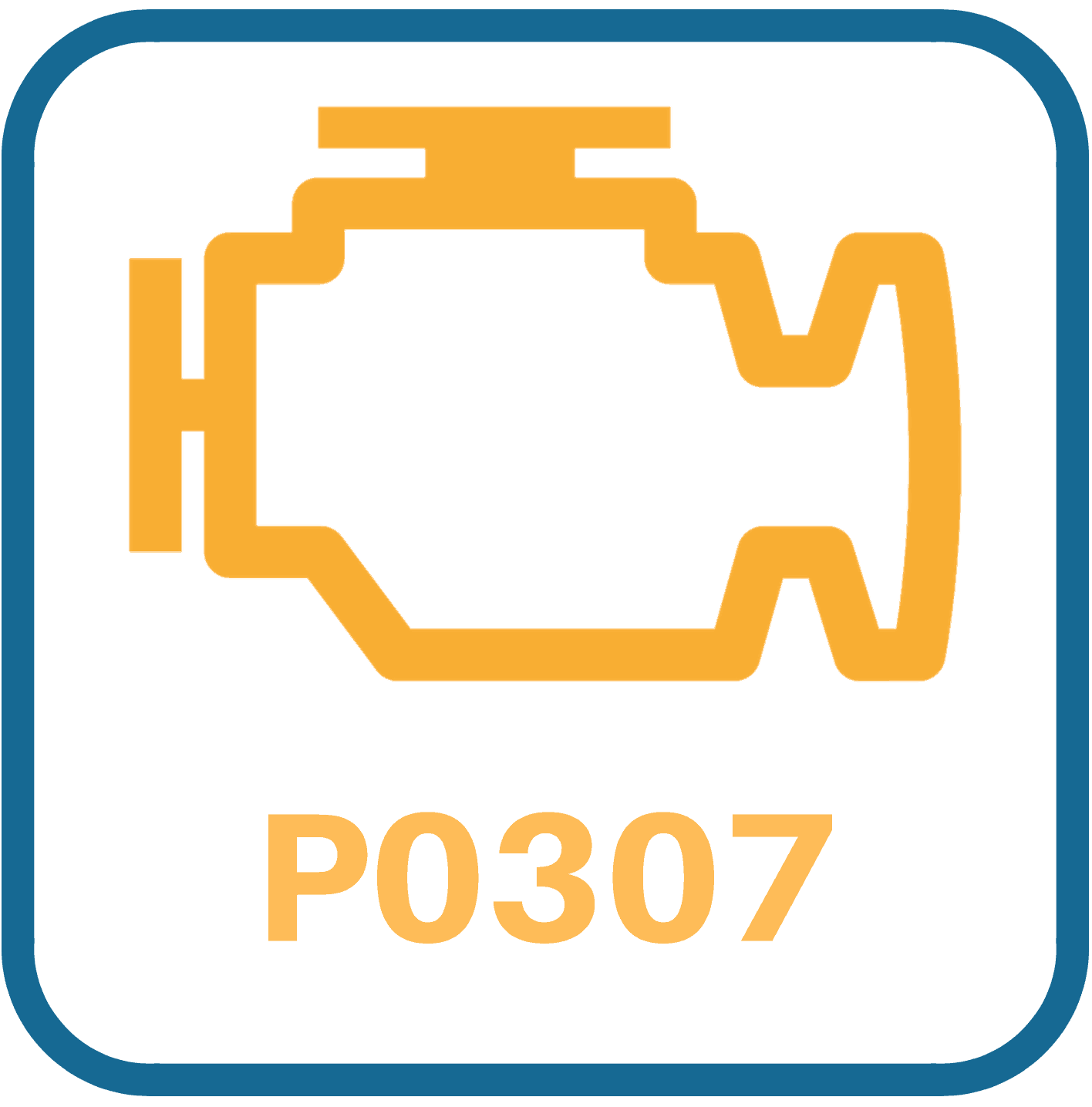 There are quite a few things that can cause the P0307 trouble code to trigger the Ford F150. Here are the most common problems that may cause it. They are presented somewhat in order from most to least likely to be causing the code:

P0307 is cause for concern and left unfixed can leave you stranded or make the vehicle virtually un-drivable. Fixing the problem causing the code to fire can save you time and money and keep your Ford F150 from breaking down. Quick action may also save your catalytic converter from going bad. Good luck diagnosing the issue. If there is anything that you would like to add please leave a comment below.