One of the most common issues your Ford F150 is likely to develop is a stalling problem.  The most challenging part of diagnosing a stalling problem is reproducing the conditions that led to the stall in the first place.  Stalls can happen at any time, and it can be incredibly jarring when it does happen.

Before troubleshooting any automotive issue, including stalling issues with the F150, make sure that you check the vehicles trouble codes with an OBD2 scanner.  Trouble codes are always a great place to start diagnosing problems on today’s modern computer controlled vehicles.  Without them, you are in the dark.

These codes are vital to diagnosis. They are often specific enough to get you all the way to the problem, or pretty darn near.  If you don’t own/want to buy a scanner, most local parts stores will run a scan for you at no cost (they want to sell you the parts).

Here are some of the issues that cause the F150 to stall out.  Remember, a vehicle needs air, fuel, and spark to run.  It needs them in the right quantities and intervals, or it won’t run right.

Fuel issues are one of the most common reasons that a vehicle would stall out, that includes your Ford F150. 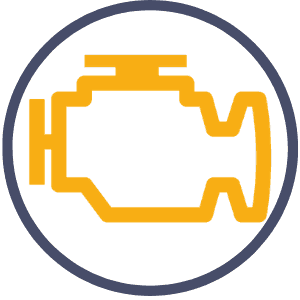 If your Ford F150’s engine timing is off, it’s going to stall out, misfire, and altogether not run properly.  Here are some of the more common causes of an engine timing problem:

Your Ford F150 uses a series of complex sensors to report what is going on to the ECU. The ECU then uses this information to adjust the timing, air fuel mixture, and more.  When one of them goes wrong, it can lead to stalling for sure.

There are many other sensors that can cause your F150 to stall.  These were just some of the most common ones.

A dirty throttle body can lead to stalling in your F150.  If you let off of the gas coming to a stoplight and it stalls for a second or two and recovers itself, it very well could be a dirty throttle body that is causing the problem.  Here’s a great YouTube video from EricTheCarGuy.  on how to clean a throttle body.

All modern torque converters “lock”.  What this locking does is provide a true mechanical connection from the engine to the wheels.  This eliminates some driveline power loss and improves fuel mileage.  If the converter doesn’t unlock, then the engine will stall much like a manual vehicle does when it doesn’t have enough speed to carry a gear.  It’ll often throw code P0740.

If there is almost no oil left at all, the engine could be on its way to locking up.  It’s worth a look, especially if you can’t remember the last time that you checked.

As you can see above, there are many different reasons that your F150 could be stalling.  Please, please have your trouble codes read if there is a check engine light on at all.  It can really help narrow down what you need to do.  If there is anything that you would like to add, please drop a comment.  Good luck!